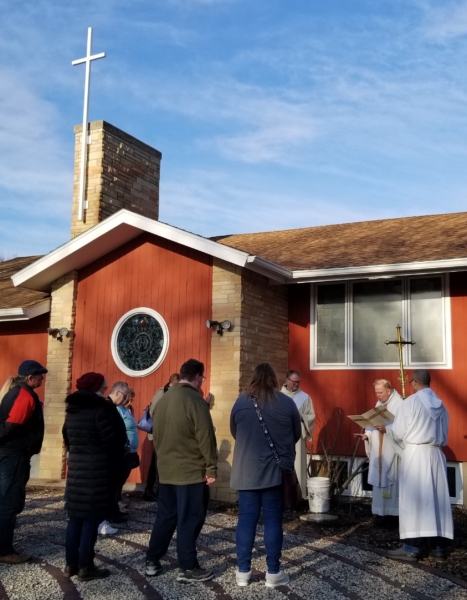 St. Stephen’s Episcopal Church in Fargo ND buried the ashes of a person whose cremated remains sat unclaimed for 60 years. The ashes, which were stored at a local funeral home for decades, were buried in the church’s memorial garden following a Requiem Mass on April 20. About 20 people joined Fr. Jamie Parsley, Rector of St. Stephen’s, in honoring the unknown person.

In 2015, St. Stephen’s interred an urn that had been found at a local apartment complex on top of a mailbox cluster. Although there was a name on the urn, no additional information about the person could be found. Since that time, the parish has interred three more sets of ashes that went unclaimed by families or were simply abandoned.

“It ties in well with St. Stephen’s ministry of radical inclusiveness which is paramount to our spiritual dynamic,” Fr. Jamie said.

St. Stephen’s has historically been a pioneer of progressive inclusion in the Episcopal Diocese of North Dakota, being the first parish in the Diocese to include women in leadership roles such as warden, acolyte, and rector in the 1970s and 1980s, as well as pioneering LGBTQ+ inclusion in the 2000s and 2010s. In 2015, St. Stephen’s sought Delegated Episcopal Pastoral Oversight (DEPO) when the Diocesan Bishop at the time refused to allow same-sex marriage rites to be performed in the Diocese. 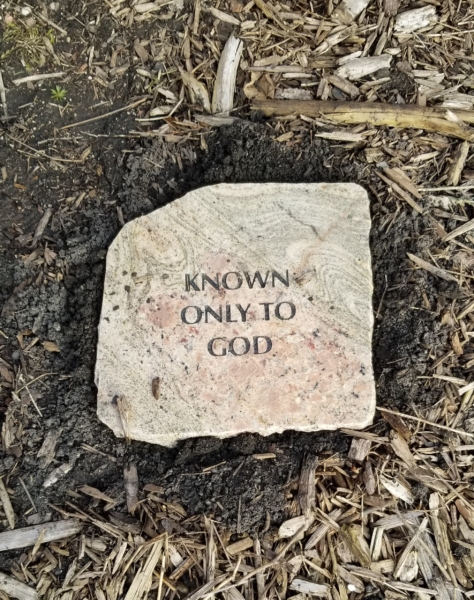 “The interment on Wednesday night is just one more way in which St. Stephen’s seeks to be a place in which all people are welcomed and included,” Fr. Parsley said.

“These ashes are us,” he said in his homily at the funeral Mass. “We are this person. Because we are all children of a loving God, we are interconnected. We are part and parcel of each other and of this world, and as a result, when we bury these ashes, when we honor this unknown person who has not been honored for all these years, we are honoring all those people whose remains are also forgotten and left on shelves somewhere. We accept this person as our own.”

A paver inscribed “Known To God Alone” marks the place of burial.