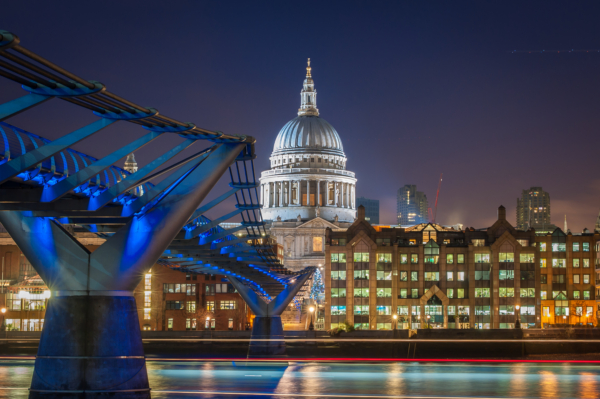 The St Paul’s Cathedral Trust in America has announced the release of a short documentary film “History of the American Chapel” on its website. Produced in collaboration with My Blueprint LLC, the film tells the multi-decade story of the American Memorial Chapel within St Paul’s Cathedral, a special place of worship and remembrance honoring the 28,000 Americans who lost their lives in World War II while based in Britain. The film highlights the bond between two great nations, starting with the hatching of the original idea for the Chapel by Lord Hugh Trenchard and Lord Clive Baillieu in the immediate aftermath of the war and continuing through President Eisenhower’s work commissioning of the centerpiece Roll of Honour, the dedication of the Chapel by Queen Elizabeth II and then Vice President Richard Nixon and ending with the Chapel’s continuing use today for services and remembrances. Along the way, there are visits from Supreme Court Justice Owen Roberts, a special July 4th service reuniting Eisenhower and Sir Winston Churchill, a fundraising concert at Carnegie Hall and the founding of the Trust itself by Lord Mayor of London Sir Paul Newall. The film features appearances by Dr. the Hon. Robert Baillieu, great-grandson of Lord Baillieu, as well as former US Ambassador to the Court of St James’s the Hon. Robert Tuttle and current Dean of St Paul’s Cathedral, The Very Reverend Dr. David Ison.

“History of the American Memorial Chapel” was written, directed and edited by Guy Martin, an entertainment industry veteran with diverse credits on such features as  INDIANA JONES AND THE KINGDOM OF THE CRYSTAL SKULL, IRON MAN 2, and the TEENAGE MUTANT NINJA TURTLES franchise. It was produced by The Reverend Maryetta Anschutz, founder of My Blueprint LLC. The film is narrated by Peter Chapman, who was one of the St Paul’s Choristers who toured America in 1953 to raise awareness for the American Memorial Chapel including a private concert for President Eisenhower. Today Peter is a Lay Canon of St Paul’s Cathedral and author of the book A History of St Paul’s Cathedral and the American People. Mark Hansen served as historical advisor and Maria Monterde as graphic designer. The film features musical selections from the St Paul’s Choir of the Nation.