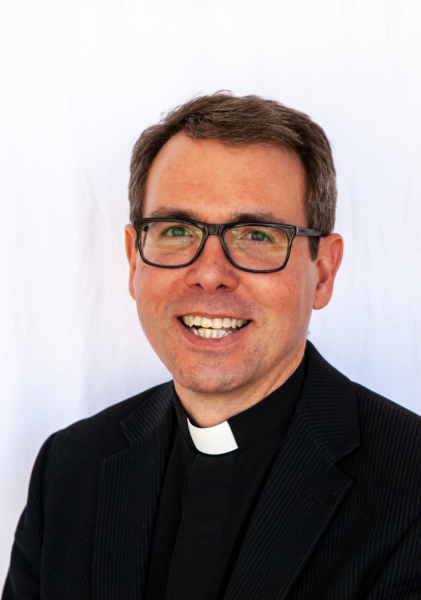 The Rev. Dr. Benjamin King is the associate professor of Church history at the School of Theology, the University of the South.

As the Catholic Church’s canonization of John Henry Newman approaches, a professor from the School of Theology in Sewanee will be front and center.

The Rev. Dr. Benjamin J. King has been invited by the British ambassador to the Holy See and the Cardinal Archbishop of Westminster to attend the canonization dinner for John Henry Newman in Rome on Oct. 11; address a day conference at the Vatican on Oct. 12 with a paper on “Cardinal Newman: A Bridge Between Anglicanism and Catholicism;” and attend the canonization conducted by Pope Francis on Oct. 13.

King, the associate professor of Church history at the School of Theology, the University of the South, had this to say about the invitation. “I am thrilled to be invited to take part in the canonization celebrations at the Vatican. Newman was, after all, a bridge between our two communions, transferring a Catholic vision to worldwide Anglicanism and then bringing some of his Anglican theology with him when he became a Roman Catholic. It is also exciting that an Episcopalian is being asked to talk about Newman’s ecumenical importance and I am pleased to represent our Church.”

On Oct. 18, King will also be a keynote speaker at Westminster Abbey, England, at a day symposium to celebrate the canonization called “John Henry Newman: Influences and Legacies.” King’s presentation is titled “The Anglican Past of a Future Saint.”

The National Institute of Newman Studies have invited King to give the keynote lecture in Pittsburgh, Pennsylvania, on Oct. 24, as part of their fall NINS Symposium. The keynote, titled “John Henry Newman’s View of America,” recognizes Newman’s ecumenical impact in this year of his canonization.

King’s Pittsburgh lecture will show that while Newman shared suspicions of the U.S.A. with other Britons, America still fascinated him. He learned from Episcopal leaders visiting from the American Church of the need for mission as the frontier moved west. Newman intended to visit the U.S.A to promote his Dublin University, and welcomed visits from some influential figures in American Christianity. Perhaps it is not surprising, therefore, that it is two Americans whose miraculous healings have led to Newman’s canonization.