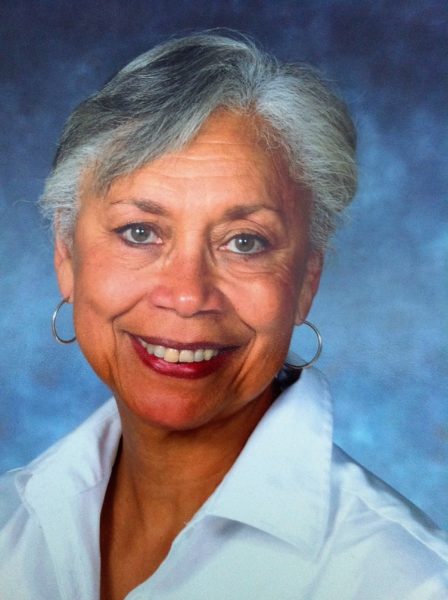 NAES is pleased to announce that Sandi Hannibal will lead a new NAES initiative to establish a national network of diversity practitioners in Episcopal schools. This initiative is possible thanks to a grant of $35,000 from the Edward E. Ford Foundation, successfully matched by new or enhanced gifts from individuals or schools to NAES.

Sandi Hannibal has worked in both public and independent schools for over thirty-five years. Her commitment to equity, diversity, and inclusion has been an integral part of her work throughout her career. She has held positions as a classroom teacher, lower school librarian, Assistant Director of Admission, and Director of Multicultural and Ethical Education. She also served as a member of the senior administrative team at Norwood School in Bethesda MD. Sandi has been on the faculty of the Cultural Diversity Institute at Milton Academy, and lead workshops at the NAIS People of Color conference. Sandi was a founding member of the Governing Board of the Bishop John T. Walker School in Washington D.C., and has represented the school at meetings of the Episcopal Urban School Alliance. She also has served as a member of the Board of Trustees at Belmont Day School in Belmont, MA, and Tenacre Country Day School in Wellesley, MA. Sandi is a life-long Episcopalian. Throughout her career in education she has been committed to providing an excellent education to students of all religious, cultural, and ethnic backgrounds. Sandi lives in Washington, D.C.

Key components of this three-year initiative include:
– Creating a track within the NAES Biennial Conference for diversity and inclusion, specifically tailored to practitioners and chaplains engaging in this work.
– Bringing together diversity practitioners and school chaplains to explore the natural link between Episcopal identity and diversity & inclusivity.
– Appointing a working team to develop a statement on diversity and inclusion, particular to Episcopal schools.
– Producing a tool kit for Episcopal schools at all stages of diversity and inclusivity efforts.
– Developing an online network for diversity practitioners where resources, practices, and problems can be shared and discussed.
-Promoting the broad impact of the above initiatives, by identifying and training regional representatives for programs that bridge inclusion and Episcopal identity in key areas of NAES membership.

NAES is distinctively positioned to be of help to a varied and large pool of schools and excited by the potential impact of this initiative on Episcopal schools pursuing a commitment to diversity and inclusivity. NAES is deeply grateful to the Edward E. Ford Foundation and the many donors who contributed to the matching gift campaign.