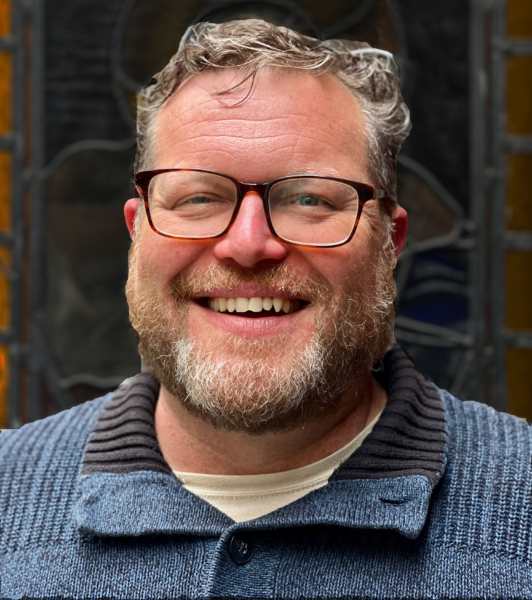 Once again St. Paul’s Episcopal Church is lifting its spiritual voice to better serve Oakland and the entire East Bay. Internationally renowned organist and choral director Ben Bachmann has joined St. Paul’s as its new Director of Music. Bachmann comes to St. Paul’s after leading the music and chorus programs at Grace Cathedral in San Francisco for 17 years.

“St. Paul’s has a rich 150-year history of spiritual outreach,” said Bachmann. “I hope to continue that tradition by expanding the role of sacred music in the way we interact with our whole community.”

Bachmann has committed to organ recitals, creating opportunities for young voices, opening St. Paul’s to even more musical organizations for concerts, and much more. Paraphrasing an AfricanAmerican Spiritual Bachmann said, “Ev’ry time people hear our music, I hope the  spirit will move in their hearts.” 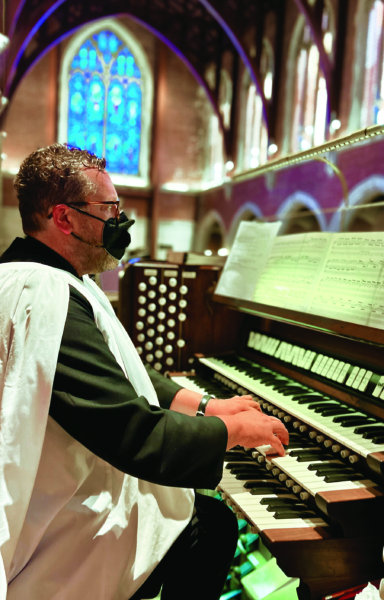 Bachmann at the organ

Bachmann was born into a musical family in Akron, Ohio. He started piano lessons at age five and began singing soon thereafter. He has studied and trained in England and the US. He received his Master’s Degree at the Royal College of Music in England and received the Walford Davies Organ Prize there in 2004. In 2008 Bachman was made a Fellow of the American Guild of Organists. He began his liturgical service at an Episcopal parish in Atlanta, Georgia and came to Grace Cathedral in San Francisco in 2005. In addition to his work as an organist in the Anglican tradition, Bachmann enjoys playing piano, particularly American styles like jazz, ragtime, showtunes, and Gospel music. Also, he is known to hold court at piano bars and sing-alongs.

“Ben is a perfect match for St. Paul’s,” said its Rector Reverend Mauricio Wilson. “He is a superb musician and teacher. He is a leader with broad experience and interest in ways to diversify what we play and sing, as well as who plays it and who sings it.”

Bachmann’s musical direction will reflect both the diversity and tradition of St. Paul’s. He’s emblematic of the church’s century and a half history of service to God and the Oakland community.