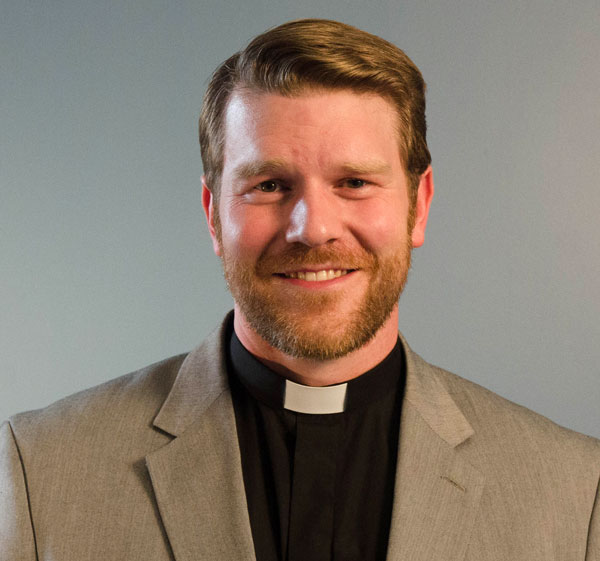 The Rev. Aidan Smith has been elected as Dean of Trinity Cathedral in Pittsburgh.  He was unanimously chosen by the Cathedral Chapter on June 24, and his selection was jointly announced by Episcopal Diocese of Pittsburgh Bishop Dorsey McConnell and David Payne, the chair of the Chapter’s Executive Committee.

Smith has led Trinity Cathedral as Provost since May 2019. In considering his nomination, the Chapter noted that many members of the Cathedral community lauded Smith for his authenticity, engagement and warmth, as well as his potential to lead Trinity into the future.

He becomes the first permanent Dean for the Pittsburgh cathedral in nearly 17 years. The late Rev. Richard Pocalyko last held that post in 2003, having succeeded the Very Rev. George Werner who served as Trinity’s Dean for 20 years until he was elected President of the House of Deputies.

In their announcement, McConnell and Payne also paid tribute to those who led Trinity Cathedral in the intervening years: the Rev. Canon Dr. Cathy Brall, who was Provost in the years before and after the 2008 split; the Rev. Tim Hushion who followed as Priest-in-Charge; and the Very Rev. Canon Scott Quinn who served as Interim Dean until Smith’s arrival as Provost last year.

Smith assumed his new position as Dean immediately upon his election. A formal installation and celebration will take place at a later date when large, in-person gatherings are possible.