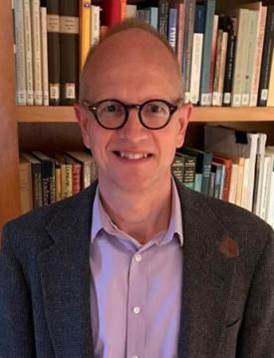 Nashotah House is pleased to announce the appointment of Dr. Hans Boersma as chair to the Order of St. Benedict Servants of Christ Endowed Professorship in Ascetical Theology. The Order’s legacy gift of $3.5 million is the seminary’s largest donation received to date and now enables Nashotah House to bring into its ranks a scholar of this renown with its first endowed professorship.

Dr. Boersma, a prolific and internationally noted theologian, currently holds the J. I. Packer Chair of Theology at Regent College in Vancouver, Canada. Prior to joining Regent College in 2005, Boersma taught for six years at Trinity Western University in Langley, BC. after serving in the local church as a pastor. Along the way, Boersma has emerged as a leading voice among Protestant and evangelical theologians exploring and appropriating the riches of the Catholic tradition.

Boersma is the author, co-author or editor of thirteen highly regarded academic books and numerous scholarly articles, focusing especially on the intersection of sacramental and ascetical theology. Recent titles include Heavenly Participation: The Weaving of a Sacramental Tapestry (Grand Rapids, MI: Eerdmans, 2011); Embodiment and Virtue in Gregory of Nyssa: An Anagogical Approach (Oxford; New York: Oxford University Press, 2013); Nouvelle Théologie and Sacramental Ontology: A Return to Mystery (Oxford; New York: Oxford University Press, 2009); and Scripture as Real Presence: Sacramental Exegesis in the Early Church (Grand Rapids: Baker, 2017). His next, much-anticipated book is a treatment of the beatific vision, the transforming joy of Christian hope.
“In the way that Hans’s own spiritual and theological journey mirrors and informs that of many in our community, we find him a natural fit for us, and our institution a fitting destination for him – we’re like old friends meeting for the first time. The addition of Dr. Boersma distinguishes our institution and will bear fruit for years to come – yet another sign of a new era of academic excellence and spiritual formation for Nashotah House,” stated Dr. Garwood Anderson, Nashotah House Interim Dean and President.

Commenting on his appointment, Dr. Boersma shared, “I am deeply humbled that Nashotah House would regard me as a good fit for the Servants of Christ Chair. It is a great joy and privilege to join the faculty and students here, and it is my prayer that the Lord would see fit to use my work at Nashotah House for the building up of his church and his kingdom.”

Dr. Boersma will assume his new duties with Nashotah House in the summer of 2019 after fulfilling a final year of responsibilities at Regent College.

Founded in 1842 as an heir of the Oxford Movement and inspired by Jackson Kemper, the First Missionary Bishop of the Episcopal Church, Nashotah House exists to form persons for ministry in the breadth of the Catholic Tradition for the Episcopal Church, Churches in the Anglican Tradition, the wider Anglican Communion, and our Ecumenical Partners, thus continuing to serve our historic role as “The Mission”, empowering the Church for the spread of the Gospel of Jesus Christ.

The Order of St. Benedict Servants of Christ was founded in 1968 by the Very Reverend Dom Cornelis deRijk, OSB, a priest and Benedictine monk, with Reverend Canon Lewis Long in Phoenix, Arizona. The Order was a Benedictine community guided by the balance of prayer, study, and work. The late Father deRijk, who served as head of the order, received his Master of Divinity from Nashotah House in 1976.