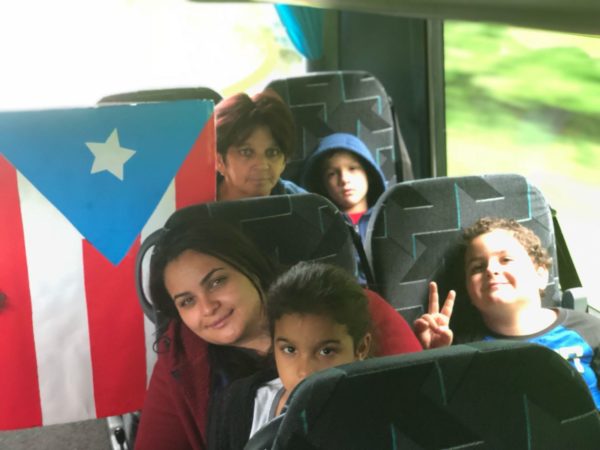 Make room at the Inn for U.S. Citizens Impacted by Disaster

June 6, 2018
Today one hundred displaced American citizens from Puerto Rico are heading to Capitol Hill. These families have been living in local hotels since the devastation of Hurricane Maria in 2017. FEMA has refused to activate DHAP – the Disaster Housing Assistance Program – for the Puerto Rican victims of this natural disaster. As citizens of the United States, those who have fled the island of Puerto Rico should have the same assistance as a citizen of the 50 states. Instead, these families are getting phone calls from FEMA encouraging them to return to Puerto Rico. They will lose their hotel housing on June 30, 2018. Without the activation of DHAP from FEMA, these families will be homeless in 25 days. With concerned citizens and people of faith, we ask, “why?” Why are these citizens receiving a different level of care and support?

We have learned that Massachusetts has the second highest number of displaced Puerto Rican families – Florida is number one. In fact Hampden County is ranked 7 in US counties serving the needs of Puerto Rican families impacted by the storm. These are our neighbors. They worship in our congregations. These children attend our schools. With FEMA’s refusal to activate DHAP, they have no recourse but to turn to our legislators for help before their hotel housing runs out.

Tomorrow one hundred Puerto Rican Americans will stand for all those who found shelter here after the storm. They will meet with senators and members of congress who have sponsored two bills which would activate DHAP immediately. These bills, if passed, will give them a long-term housing pathway from hotel to apartment. Housing is the key to recovery for these families – to having the ability to get a driver’s license and get a stable job. DHAP is the means by which these families might return to economic independence.

On June 30 thousands of people will become homeless because of FEMA’s inaction. More importantly, US citizens have the right to self-determination, to live where they wish, to begin again after disaster and devastation. The Governor of Puerto Rico has advocated DHAP be activated immediately, but FEMA has refused. It is our hope that concerned citizens will use their voices, phones and social media accounts to stand with Puerto Rican citizens. It is only by standing with one another that we can bear the weight of life’s tragedies and be witnesses for the new life that will emerge from the dust.

No American family should become homeless because of a hurricane, a wildfire or a tornado. These Puerto Rican families are our sisters and brothers, our fellow Americans. May we extend to them the hospitality and care we would have given to another homeless family two thousand years ago. As these one hundred citizens knock on the doors of power, may they be given hope and the commitment of our resources. And may we, as Episcopalians, bring their concerns to our prayer and advocacy. May we embody the love Presiding Bishop Curry preaches – the love of Jesus Christ.