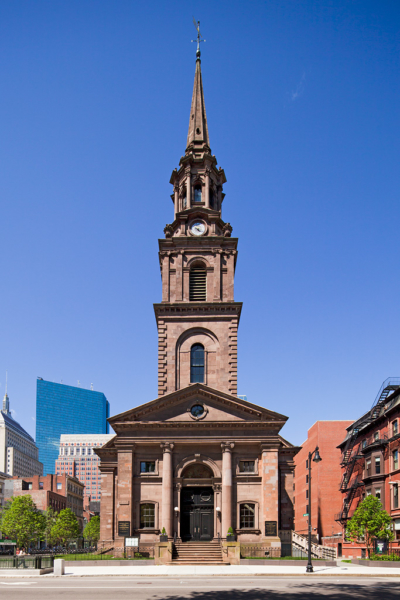 The National Fund launched in 2016 with nearly $14 million in grants from the Indiana-based Lilly Endowment. Since then, the National Fund has awarded millions of dollars in capital grants and other support to community-serving congregations representing some 17 faith traditions in 29 states and the District of Columbia. A grantmaking and support program of Partners for Sacred Places in collaboration with the National Trust for Historic Preservation, the National Fund administers monies through planning grants, training and technical assistance, coaching, and capital grants ranging from $50,000 to $250,000.

A. Robert Jaeger, president of Partners for Sacred Places, says that support from the Endowment enables the National Fund to promote the civic value of sacred spaces throughout the country. “This is an initiative that responds to both the fragility and the strength of these places,” says Jaeger. “You don’t have to be Methodist to support the preservation of a Methodist church, or Catholic to value a cathedral, or Jewish to restore a synagogue. This effort will encourage America to fully understand how important these civic places are.”

“We are delighted to continue our work with the Partners for Sacred Places and Lilly Endowment preserving sacred places across the United States,” said Paul Edmondson, president and CEO of the National Trust for Historic Preservation. “These historic places, from prairie churches to urban cathedrals and synagogues, are some of the oldest, and most beautiful, buildings within our communities, as well as being centers of service, gathering and celebration.  Through the Fund for Sacred Places we will continue to protect and preserve them for future generations.”

Entrance into the program requires each congregation to demonstrate the significance of its building’s religious architecture, develop a restoration plan for areas of need, and outline a capital campaign that details internal and community-wide fundraising efforts. Of the more than 600 congregations that have submitted letters of intent to the National Fund, 44 have been invited to participate. They include the Basilica of St. Josaphat in Milwaukee, Wis.; Quinn Chapel African Methodist Episcopal in Chicago, Ill.; Congregation Beth Ahabah in Richmond, Va; Patronato San Xavier in Tucson, Ariz,; and St. Mary & Archangel Michael Coptic Orthodox Church in Nashua, N.H.

Assistance from the National Fund has helped congregations leverage more than $9.5 million in new funding – above and beyond grants from the National Fund – for major building campaigns across the country. When Urban Grace-The Downtown Church in Tacoma, Wash., applied to the National Fund, the congregation faced years of deferred maintenance and needed improvements for its century-old building—a unique “skyscraper” church with classroom and office levels stacked on top of the auditorium. After benefiting from National Fund monies, consulting and counsel, Urban Grace reached its capital campaign goal of over $1 million.

“The fact that a national funder was investing in us helped our folks believe in the value of our work,” says Ben Robinson, pastor of Urban Grace. “After much hard work, our little congregation that was only supposed to pledge $275,000 pledged over $500,000. We reached out to local foundations that pledged over $200,000, and with the full $250,000 match from the National Fund for Sacred Places, we received a total of $1 million in donations and pledges.”

The National Fund has also drawn greater attention to the challenges and opportunities America’s faith groups face as they engage in community outreach. Between 6,000 and 10,000 sacred places close each year in the United States, and with them, important community programs close. According to a study conducted by Partners for Sacred Places and The University of Pennsylvania’s School of Social Policy and Practice, 87% of people benefitting from programs operated in sacred places come from outside the congregation.

This new $15 million of support from Lilly Endowment positions the National Fund to continue its core programming – delivering capital grants and technical assistance to participating congregations – and add new training and other resources to extend its reach. The program renewal will also establish intervention grants for congregations in need of time-sensitive capital repairs.

Chad Martin, Director of the National Fund, says, “We are absolutely thrilled with Lilly Endowment’s renewed support of our efforts to increase America’s awareness of the value and resilience of congregations today – and also the challenges they face. We look forward to helping congregations directly improve their historic facilities, and – equally importantly – tell their stories and celebrate their contributions to the common good of communities across the country.”

Congregations can learn more about applying for assistance from the National Fund for Sacred Places by visiting its website at fundforsacredplaces.org.

About Lilly Endowment Inc.
Lilly Endowment Inc. is a national private philanthropic foundation created in 1937 by three members of the Lilly family – J. K. Lilly Sr. and sons Eli and J.K. Jr. In keeping with the founders’ wishes, the Endowment supports the causes of community development, education and religion and maintains a special commitment to its hometown, Indianapolis, and home state, Indiana. www.lillyendowment.org