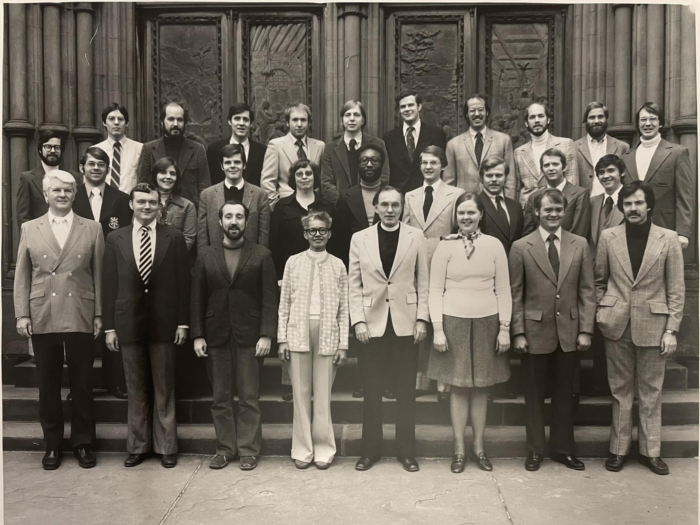 General Theological Seminary will award The Very Reverend Kelly Brown Douglas, Ph.D., the degree of Doctor of Divinity honoris causa during its 200th Commencement ceremony on May 18, 2022. An internationally recognized scholar and writer, Douglas is one of America’s most sought after voices on religion and spirituality.

Along with serving as the Canon Theologian at the Washington National Cathedral and Theologian in Residence at Trinity Church Wall Street, Douglas is Dean of the Episcopal Divinity School at Union Theological Seminary. Her publications, such as Sexuality and the Black Church: A Womanist Perspective and Stand Your Ground: Black Bodies and the Justice of God, are thoughtful and timely examinations of the realities of church life within the United States.

Additionally, General Seminary is awarding The Rev. Dr. Pauli Murray, a trailblazing legal and religious scholar within the Black, and LGBTQ+ communities, with its Distinguished Alumni Award.

“This formal recognition of the life and work of Pauli Murray here at General is long delayed.” The Very Rev. Michael W. DeLashmutt said. “Too often, the church honors too many vital voices too late. Yet we are excited to help spread the word of this anointed voice in the sacred fight for human rights.”

This year’s commencement is a culmination of General’s remembrance of 50 Years of Women at General, which celebrated the first women, Peggy Muncie and Page Bigelow, welcomed into a first-year class.

“The legacy of trailblazers like Pauli Murray is being powerfully carried on through the witness and scholarship of leaders like Kelly Brown Douglas.” DeLashmutt said.  “Their examples raise our awareness to the Church’s mission as a herald of God’s reconciling love of Christ in and for the world.”

The oldest continuously operating seminary in the Anglican Communion and the first seminary founded by The Episcopal Church, General Theological Seminary is a community formed around a common life of prayer, worship, study, and service.