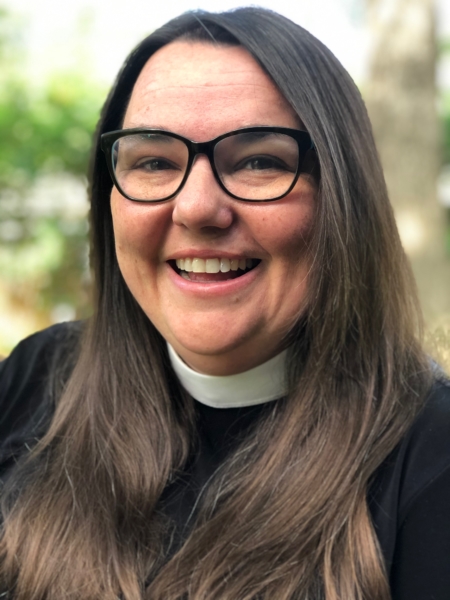 The Rev. Kellaura Johnson is the new Transition Minister at the Episcopal Diocese of Texas.

The Rev. Kellaura Johnson has been named Diocesan Transition Minister for the Episcopal Diocese of Texas, the Bishop’s office announced. Currently, Johnson is the Rector of St. Stephen’s, Huntsville, a parish with a long history of both campus and prison ministry.

“I am excited about Kellaura’s coming on board and know that her gifts of discernment and steadiness will be of aid to clergy and congregations alike,” said the Rev. Canon Christine M. Faulstich, the diocesan Canon to the Ordinary.

Johnson has served in the Diocese of Texas for 20 years and is elated to further advance the mission of the diocese.

Prior to receiving her MDiv at the Seminary of the Southwest in Austin in 2014, Johnson also obtained a Bachelor of Art in Art History from Sewanee: The University of the South in 2000. Johnson also served as Curate at Calvary, Richmond, and began her ministry with youth, serving as CUSE Program Director at Christ Church Cathedral, Houston, and was Youth Minister at St. Mary’s, Cypress.

Johnson and her husband, Nick, met at Camp Allen and enjoy throwing parties, reading books, and doting on their many godchildren.  When not at church, Johnson is most often at the barn with her horse, Goodman.

Johnson will join the diocesan staff in Summer of 2020, in the position previously held by the Rev. Wm. Blake Rider.