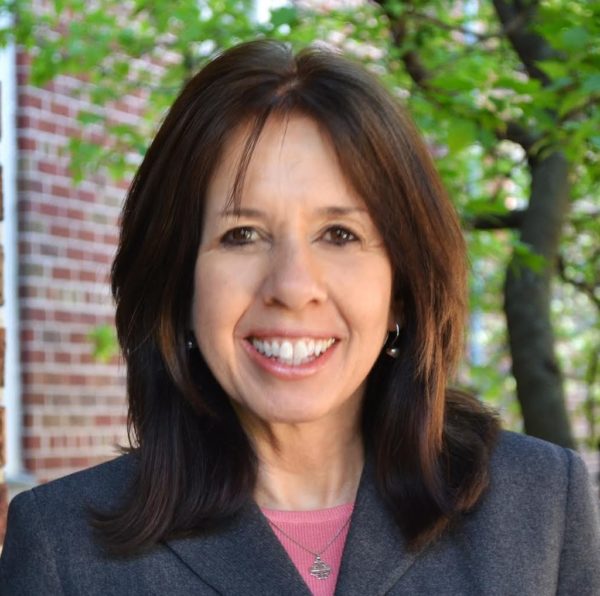 The General Theological Seminary is pleased to announce the appointment of a new professor to its distinguished faculty. Effective July 1, 2018, the Rev. Dr. Julie Faith Parker will become the Associate Professor for Biblical Studies. After a nationwide search, the faculty unanimously voted to recommend her appointment to the Board of Trustees who unanimously voted to appoint her.

“I was not sure what to expect when I came to campus,” reflects Dr. Parker, “but I fell in love with General almost the minute I arrived. More than the stunning architecture, the glorious chapel, or the peaceful Close, I was drawn in by the people. Everyone is kind and genuine. The faculty care deeply about each student, combining strong commitment to both academic excellence and theological formation I eagerly look forward to contributing to General’s vital mission of educating and forming lay and ordained leaders for the church in a changing world.”

Dr. Parker is deeply committed to the life of the church. Ordained in the United Methodist Church (Elder, New York Annual Conference), she has served full-time as a congregational pastor and also as a university chaplain (Hofstra University, NY). She continues to preach, teach, and lead congregational retreats in the Tri-State and Midwest regions.
Dr. Parker currently is the Old Testament professor at Trinity Lutheran Seminary in Columbus, Ohio. In addition to her work as a professor, she founded and directs the Trinity Prison Project. She has taught at Colby College (Waterville, Maine), Andover Newton Theological School (Newton Center, Mass.), Fordham University (Bronx, NY), and New York Theological Seminary (New York City; teaching inmates pursuing a Master’s degree within Sing Sing Maximum Security Prison). Her research interests focus on feminist biblical interpretation, childist biblical interpretation, and ancient Near Eastern languages and cultures. Her scholarly articles have appeared in the Journal of Biblical Literature, Biblical Interpretation, and Ugarit-Forschungen, among other journals. She is the author or editor of six books, including Valuable and Vulnerable: Children in the Hebrew Bible, especially the Elisha Cycle (Brown University, 2013) and most recently, My So-Called Biblical Life: Imagined Stories from the World’s Best-Selling Book (Wipf and Stock, 2017).

The Very Rev. Kurt H. Dunkle, Dean and President, commented: “The Rev. Dr. Parker was the ideal candidate for this role, as she embodies the mission of the seminary, educating and forming lay and ordained leaders for the church in a changing world. She has the mind of a scholar, the spirit of a teacher, and the heart of a pastor. We are lucky to have attracted her to General. She has unique gifts of teaching scripture with a ministry horizon and an equal commitment to lay and priestly formation and education. I am thrilled to say ‘Welcome Home’ to Julie this coming year.”

Additionally, Dr. Michael DeLashmutt, Vice President and Dean of Academic Affairs joins Dean Dunkle in his excitement. “I am delighted to welcome Dr. Parker! Our students will benefit intellectually and spiritually from her teaching and scholarship and our entire community will be enriched by the addition of our new colleague.”

Dr. Parker is also enthusiastic about this development. “General is a gem in the world of theological education. In an age where so much of our relating to one another takes place electronically, General brings people together in a caring, Christ-centered community. The commitment to every student’s formation is deeply evident and impressed me as soon as I arrived on campus. General’s role as the flagship seminary of The Episcopal Church and its long-standing commitment to academic excellence and theological rigor make this seminary uniquely positioned to build leaders for Christ’s church. I eagerly look forward to contributing to General’s mission.”

Chartered by General Convention of The Episcopal Church in 1817, General Seminary’s mission, to educate and form leaders for the church in a changing world, has been a central focus throughout its long history.