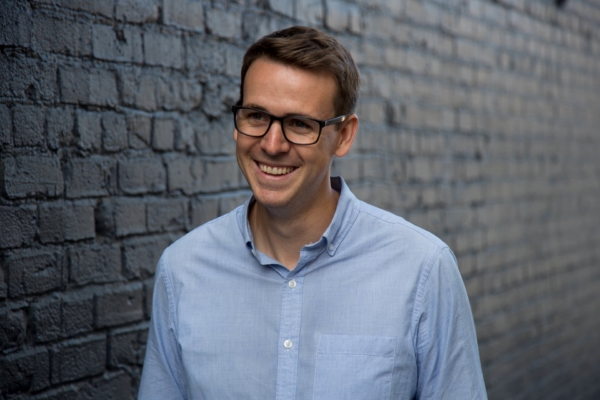 Innovative songwriter and worship leader, John Lyzenga, is pleased to announce the release of In Troubled Times, a collection of worship songs addressing issues of social justice including racism, privilege, gender, sexuality, and immigration combining the story of the Bible alongside current events.

In collaboration with Rev. Yolanda Norton (Womanist scholar and founder of the Beyoncé Mass) and Isaac Wardell (founder of The Porter’s Worship Project and Bifrost Arts), In Troubled Times addresses issues often absent in the Christian Church.

The project began in the fall of 2016 when a worship director from a local church approached Lyzenga about writing a worship song on Mary’s Magnificat for her church’s upcoming Advent series. While Lyzenga was a songwriter and served as a worship director, he had never written worship music considering the overwhelming amount of worship music that already floods the internet. However, in that season, he found himself devastated by the events that filled his newsfeed—police brutality; the Flint water crisis; the North Dakota Access Pipeline; mass incarceration; white supremacy marches; violence against Muslims, Jews, refugees, and the LGBTQ+ community; hateful anti-immigrant rhetoric and plans to build a wall. And, like many others, Lyzenga found himself asking, Where is the Church in all this? Why weren’t American Christians standing up for God’s children and against these acts of injustice? What had become of Mary’s fervent song of God’s justice for the oppressed?

In this season of turmoil, Lyzenga found his voice stating, “These are the worship songs that are missing in the church—songs of God’s love and desire for justice for all creation; songs that name the realities of a broken world while also pointing to God’s kingdom, a kingdom of justice, equity, and peace.”

As a white male, Lyzenga recognized the precariousness of a white voice trying to dominate a conversation on justice, which is why many of these songs discuss privilege and often take on a posture of confession and dedication. Rev. Yolanda Norton, Womanist Scholar, Assistant Professor of Old Testament, and the H. Eugene Farlough Chair for Black Church Studies at San Francisco Theological Seminary, oversaw the research and writing process, and her influence is heard throughout the song lyrics. The album itself also features musicians and voices from marginalized communities.

In Troubled Times is a collection of songs and a resource for any worshiping community wishing to address such sensitive material, bridging the divide between the sanctuary and social issues.

What people are saying about In Troubled Times:
“In Troubled Times is a salve to the spirit for anyone engaging with alarming news headlines, meeting listeners at the precise and complex intersection of faith, indignation, anguish, and fragile hope. Lyzenga’s thoughtfully written, beautifully executed, and lovingly produced album takes artistic risks that result in excellence, incorporating rich layers of sound that cleverly embody the earnest passion of the lyric.” – Mary Lins, Worship Director

“In Troubled Times is a prophetic voice for our time. Weaving memorable melodies with passages from the Hebrew and Christian scriptures, the album is both a theological reflection and a lament. How are people of faith, particularly those from the Christian tradition, to respond to injustice, inequity, racism, homophobia, xenophobia, misogyny, and white privilege? This album prays that question from a place deep within the heart where scripture and music meet to form a reply.” – Scott Quinn, Director of Marin Interfaith Council

“Few artists have the courage to take an unflinching look at our complicity in these troubled times and still leave me excited and hopeful about God’s unfinished work in our world. John Lyzenga is one of those artists. With a rich sound that calls to mind Sufjan Stevens and The Brilliance, In Troubled Times is a beautiful, timely, important album.” – Ryan Pemberton, Author and College Minister

In Troubled Times is available now on Apple Music, Spotify, Amazon, and Bandcamp. Find out more at johnlyzenga.com.