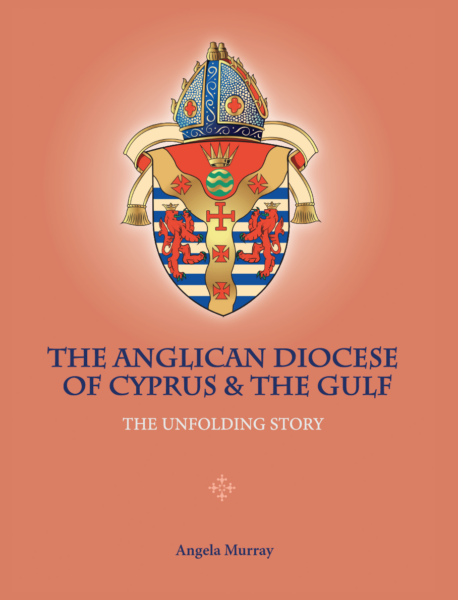 This impressive volume – over 450 pages with illustrations throughout – charts the evolution of the Anglican Diocese of Cyprus and Gulf. Meticulously researched and beautifully presented, this is essential reading not only for those with an interest in the history of the Anglican church but also for anyone following faith and society across the Middle East region.

Since its inauguration on 5 January 1976 the diocese has evolved in an environment of constant change and frequent challenge, not least because within it are approximately ten political jurisdictions. Yet, during more than a century before that year the lands and places the diocese now includes were served with Anglican presence, ministry, and churches, very often in remarkable circumstances.

Throughout its history so far, the diocese has been determined to embrace opportunities, remain united in its diversity and be driven and enriched by a common mission. This is an exciting and compelling story, rich with adventure and drama.