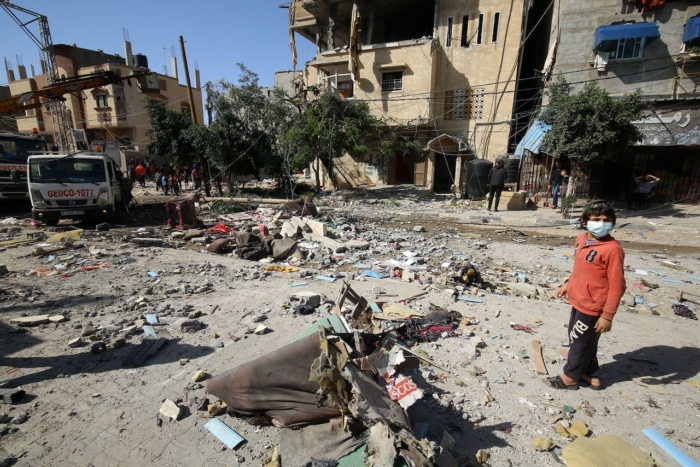 A child surveys the damage in Gaza on May 12, 2021. Photo by Abed Rahim Khatib/Shutterstock.com

The eyes of the world watch as the latest tragedy unfolds in Palestine and Israel. Violence between Jews and Arabs is ongoing throughout the region and thousands of rockets and bombs have hit targets in Gaza and southern Israel. Israeli troops are shelling Gaza from the ground near the border. The bombings in both Israel and Gaza are in civilian areas. More than 200 have been killed in Gaza and 10 in Israel. Fifty-eight of the dead are children. Thousands have been injured.

We watch and wonder, “What can we do?”

The healthcare system in Gaza has been overwhelmed by the COVID pandemic. Many clinics and hospitals closed during the pandemic and never reopened. Hospitals already are at full occupancy with COVID patients, and the violence has halted vaccinations. There are severe shortages of medical supplies, medicine, and blood. This escalating conflict pushes Gaza’s healthcare system way past the breaking point. 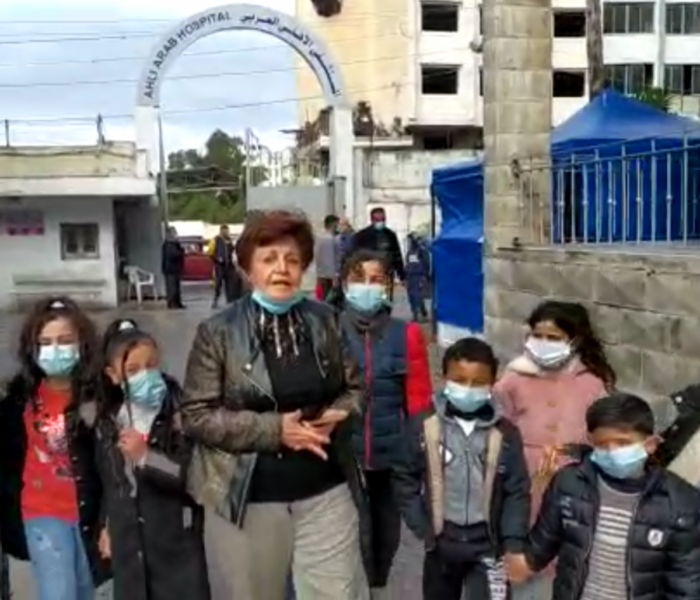 Ahli Arab Hospital in Gaza City is a remarkable, 139-year-old charitable healthcare institution owned and operated by the Episcopal Diocese of Jerusalem. Suhaila Tarazi , its long-time director, said late last week, “I’ve lived through three wars in Gaza, and I’ve seen nothing like this. The destruction is everywhere. I can’t describe the horror and fear we feel. For the first time I am depressed and terrified.”

She added, “The innocent in Gaza and Israel are dying. Men, women, and children who have done nothing wrong. We ask God to inspire the war decision makers in Hamas and Israel to stop this new tragedy as there will be no winner in this war. We all are losers.”

Though bombs that fell near Ahli Hospital blew out windows, the hospital is open and trying desperately to serve its usual patients at its free community clinic, its child trauma clinic, and its clinic for malnourished and underweight children all the while struggling to cope with the arrival the injured.

On May 12 Ahli opened a new surgery ward to treat the wounded and maimed. There is almost no electricity in Gaza now, so the hospital must operate its generators around the clock. Ahli needs medical supplies, medicines, and fuel to power its generators. The hospital needs funds to hire additional staff and to purchase food and hygiene kits for families.

Archbishop Hosam Naoum, the newly installed bishop of Jerusalem, in a statement to the Diocese of Jerusalem’s friends and supporters, said, “[We continue our] Christian mission of bringing healing to the wounded, relief to those who have lost their homes and livelihoods, and comfort to those who mourn the loss of loved ones. Al Ahli Hospital in Gaza has been on the frontlines of these relief efforts, becoming a beacon of hope to those trying to remain alive under such dire circumstances.”

Archbishop Naoum is clear that Ahli Hospital and its courageous leader need help. They desperately need substantial financial support to keep operating during this crisis and to sustain their vital ministry of compassionate care in what lies ahead. As an American friend asking the question, “What can I do?” AFEDJ offers the opportunity to respond in a faithful, meaningful, immediate way.

Please give online at https://afedj.org/give/give-online/ or by check payable to AFEDJ, 25 Old Kings Highway North, Suite 13, Darien, CT  06820 with “AAH” in the memo. Every dollar goes directly to Ahli Hospital and will be used to meet pressing needs as soon as possible.

AFEDJ is a nonpolitical, 501(c)(3) organization dedicated to transforming lives of the vulnerable and displaced in the Middle East through support of the schools, hospitals, and centers for children with disabilities that are owned and operated by the Episcopal Diocese of Jerusalem in Palestine, Jordan, Israel, Syria and Lebanon. Learn more at www.afedj.org.