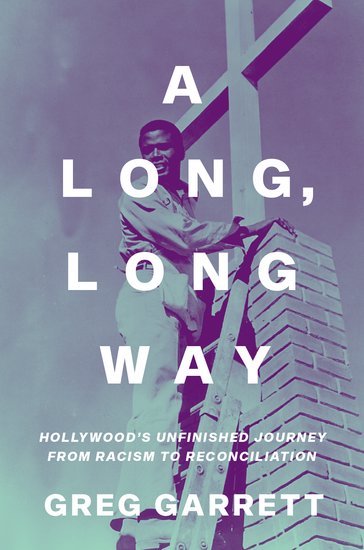 Episcopal theologian Greg Garrett’s new book, A Long, Long Way: Hollywood’s Unfinished Journey to Reconciliation is available this summer from Oxford University Press. The book analyzes racial attitudes in Hollywood films from The Birth of a Nation (1915) to Get Out (2016) and places these films in conversation with Christian theology to prompt powerful reflection about race and inequity in America.

A Long, Long Way had its origins in a parish retreat Dr. Garrett conducted several years ago for the Episcopal Church of Saints Andrew and Michael in Wilmington, Delaware. “The church’s rector, the Rev. David Andrews, brought me in to engage his congregation in conversation about race using a weekend of films,” Garrett remembers, “and when Friday night’s discussion was over, I immediately contacted my editor at Oxford and told her I knew what the next book needed to be. Film gives us a way to talk about challenging issues like racism without being stuck in our own trenches, and that weekend at SsAM was a revelation for many of us.”

Other Episcopal influences on the book include screenings and conversations at Washington National Cathedral, where Garrett, the Very Rev. Kelly Brown Douglas (Founding Dean of Episcopal Divinity School and Canon Theologian at the National Cathedral), and Cathedral Program Director Michelle Dibblee together created and co-curate The Long, Long Way Film Festival each February, and at the Scene and Unseen event at Trinity Wall Street, where Garrett and Douglas collaborate with the Formation and Justice staffs at Trinity to put on a similar program of screenings, discussion, and engagement with race and prejudice.

A Long, Long Way was largely researched and written at the American Cathedral in Paris, where Garrett is Theologian in Residence, and the book is dedicated to the Very Rev. Lucinda Laird, Dean of the Cathedral, and to the members of the parish. “Without the resources and gifts the Episcopal Church has offered me—from my theological training at the Seminary of the Southwest to engagement with some of the greatest minds in the Church to places to live and work,” Garrett says, “A Long, Long Way could never have been written. Years ago I was rescued by the Episcopal Church in my darkest hour, and the Church still helps me daily get up and do the work I feel called to do. I hope this book will be of use to the Church, and to this badly-divided nation.”

Greg Garrett is the author of over two dozen books, and, according to BBC Radio, one of America’s leading voices on religion and culture. He is Professor of English at Baylor University and a licensed lay preacher in the Episcopal Church. He lives with his wife Jeanie and their family in Austin, Texas.