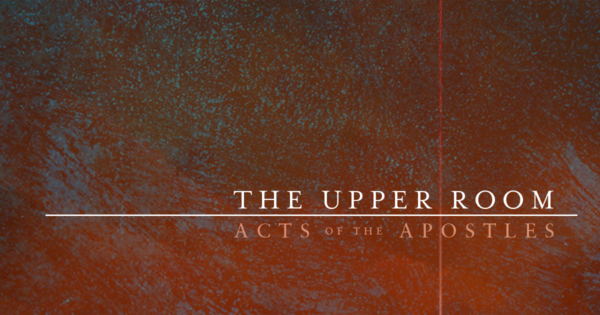 “The Upper Room:  Acts of the Apostles will not just be a movie about a bunch of people in robes and sandals from 2000 years ago, rather it will be a story of a group of ordinary individuals who coupled moments of joy, exhilaration, and expectancy with their own feelings of fear, anger, hopelessness and sadness. Yet, with all of that, the love of Jesus and the power of the Holy Spirit worked in them to change the world. The Upper Room:  Acts of the Apostles will show how their journey/experience can be a source of hope today for anyone facing a challenging and uncertain future,” says Ide.

Real people experience that same fear, anger, hopelessness and sadness. They hunger for joy, hope, and faith. Real people wonder where God is in the stories with uncomplicated happy endings. They know that real life is not like that, and that painful situations are rarely perfectly resolved.

Grace-Based Films tells stories for real people by using a different recipe:  Honesty, Vulnerability, Community and Love.  “We strive to find Jesus in the dark spaces and we strive to share that light in ways that bring people together”, says Director/Producer Brian Ide, a long term Episcopalian.

Grace-Based Films is a nonprofit film company funded through donations rather than investors.  Profits from its current project, The Upper Room: Acts of the Apostles, will go toward telling future stories, therefore creating a self-sustaining ministry.

Ide’s film ministry started with the short film Reconcile, focused on the challenge of loving the “other” in our lives.  Reconcile has now been viewed in 41 different countries.  Next, Ide produced the feature film This Day Forward, the true story of a man whose faith collided with fear when he was diagnosed with a brain tumor at 38. This Day Forward, toured 53 cities last fall and leaves for Australia in late July. The national response to This Day Forward can be viewed at:  www.thisdayforwardmovie.com/national-response.

“The Jesus Movement of the Episcopal Church has three parts:  Evangelism, Racial Reconciliation and Care for Creation. The Upper Room: Acts of the Apostles fits into this movement, using the art of film for evangelism. We are at a time of great change in the Church, due to both external and internal factors. Presiding Bishop Michael Curry’s leadership has been a culture-changer leading to a new comfort level for evangelism and passion for mission.  This project exemplifies this new day,” says Anne Mallonee, a priest in the Diocese of New York and member of the advisory group.

In April 2019, Ide and his team were hosted at Virginia Theological Seminary in Alexandria, Virginia, by Dean Ian Markham for a spirited discussion on how the story of the apostles in the upper room can serve as a source of inspiration today.  In June, a team of Episcopal clergy (Donald Fishburne, Bennett Jones, Anne Mallonee, Gregory Millikin), theologian Peter Hartwig, and five filmmakers, went to the Holy Land to explore this story and its meaning in greater depth.  This group will continue to guide the project.

Donations for this ministry have come in from all over the country and with your help, they can bring this film to life.

Visit Indiegogo to read about the film, watch a short video, and make a prayerful gift: www.indiegogo.com/projects/the-upper-room-acts-of-the-apostles-film/x/21976059#

About the filmmaking team:

As the son of a Lutheran pastor father and a devout Catholic mother and husband to a devoted Episcopalian wife, Brian has produced and directed a variety of successful, compelling projects, including the award-winning feature film, “Clear Lake, WI”, “Reconcile” and his recent feature film, “This Day Forward” which brought him to 53 cities around the US in the fall of 2018 and throughout Australia this summer. In addition to filming throughout the U.S., he has also directed documentaries in Jerusalem, Germany and Honduras.