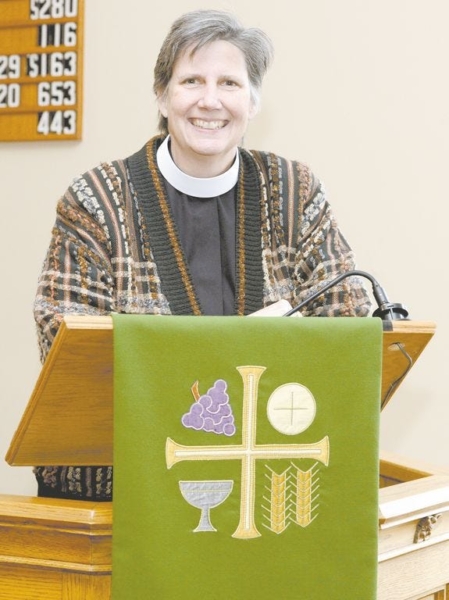 The Global Episcopal Mission Network has received a visionary gift from the Rev. Elizabeth “Beth” Frank, a mission activist in the Diocese of Ohio, who died in January of 2022 at age 62. The gift, over $833,000, is the largest in GEMN’s quarter-century history.

The bequest enables GEMN to establish an endowment that will help support the network into the future.  The endowment is being organized through the Episcopal Church Foundation, where investments are managed by State Street Global Advisors.

“Beth Frank’s death has been deeply felt by the GEMN community, and she will continue to be a source of inspiration over time,” said GEMN President Ayda Patrica Martin of the Diocese of the Dominican Republic.  “Now GEMN has the task of honoring her legacy of mission commitment.  We are grateful for her friendship, her solidarity, her love for God and God’s people, and her generosity to GEMN.”

At the time of her death, Beth Frank was serving as interim rector of St. James Episcopal Church in Painestown in the Diocese of Ohio. She was a member and supporter of GEMN, attended several GEMN conferences, and expressed interest in the network’s longterm flourishing.

As vice chair of the Standing Commission on World Mission (SCWM), Frank led the commission’s work to prepare resolutions for the 2022 General Convention. She also led a process for reviewing resolutions from other interim bodies to look for opportunities for collaboration and support.

Frank nurtured a productive relationship among GEMN, SCWM and the Office of Global Partnerships, which led to the development of the Global Mission Digital Toolkit and ongoing collaboration. She advocated for translating church materials into languages other than English.

Frank was active with the Diocese of Ohio companion relationship with Belize and chaired the diocese’s Commission on Global and Domestic Mission. She was a diocesan trustee and a trainer with Safe Church.

Frank graduated from Bexley Hall Seminary and was ordained to the priesthood on St. Nicholas Day, 2013. She specialized in interim ministry and served several congregations in the Diocese of Ohio.

Prior to ordination, Frank had a successful and varied career as an attorney and non-profit leader. She worked as director of Special Olympics for the Potomac Region, deputy director and acting director of enforcement with the Office of Fair Housing and Equal Opportunity within the federal Department of Housing and Urban Development, and a trial attorney with the Department of Justice. She earned a law degree from Case Western Reserve, where she edited the Journal of International Law. Her undergraduate degree was from Princeton, which included a certificate in East Asian studies.

“Beth Frank’s gift will help ensure the ongoing contribution of GEMN to catalyzing global mission vision and action in the Episcopal Church,” said GEMN Executive Director Titus Presler.  “She has provided a foundation for the network’s continuing work throughout the church.”

Established in 1994, GEMN is a network of dioceses, mission organizations, congregations, seminaries, religious orders and individuals who seek to gather, inspire and equip people to participate in God’s global mission.  Its core values are humility, inclusion and companionship.  Inquiries about endowment gifts may be sent to Titus Presler at gemn@gemn.org.