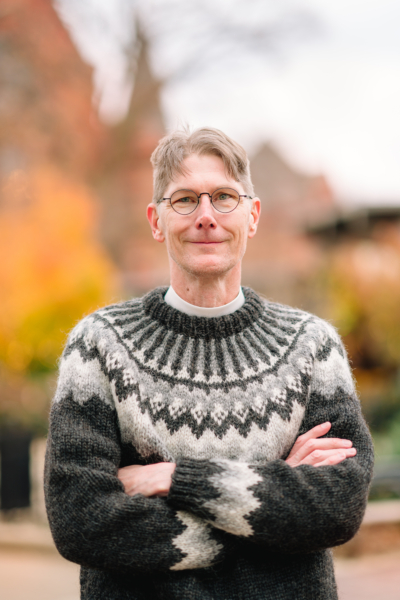 Gunn was traveling in July when he suffered cardiac arrest at Singapore Changi airport. After two weeks of hospitalization, he remained in that country for about five weeks of medical care, accompanied by his spouse, the Rev. Sherilyn Pearce.

Since returning to the United States in September, Gunn has been on medical leave, and in December, he underwent cardiac surgery to repair the issues that resulted in cardiac arrest. In an email to Forward Movement subscribers, he wrote, “I’m pleased to report that the surgery went very well, and it appears that everything is now working as it should.”

While Gunn was recovering, Forward Movement’s staff and board continued the organization’s work without interruption. The Rev. Kate Wesch, chair of Forward Movement’s board, said, “Thank you to everyone who has supported Scott and Forward Movement with your prayers and well wishes during these months. We are overjoyed that Scott is returning and give thanks to God for his recovery.”

Gunn has also resumed his work on the Standing Committee of the Diocese of Southern Ohio and as priest associate at Christ Church in Glendale, Ohio, where he often serves on Sundays.

“I’m grateful beyond words for God’s grace and mercy, and I’m so glad to be back at Forward Movement full-time to continue the work God has given me to do,” Gunn said. “I am eager to continue working to inspire disciples of Jesus Christ and to encourage the church to share the Good News.”