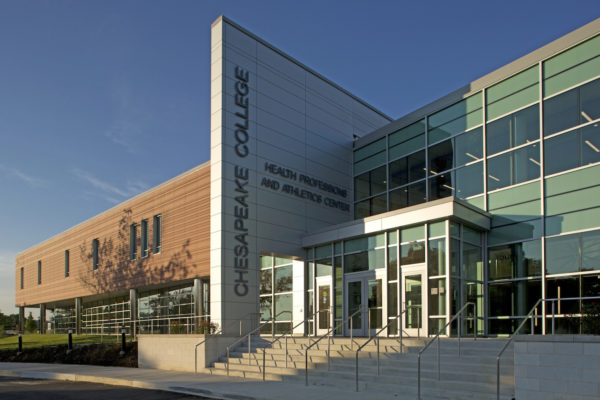 The Chesapeake College Foundation has received the largest planned gift in its history from the estate of the Rev. William L. English, an Episcopal priest from Dorchester County.

As stipulated by the estate, an $892,000 endowment has been established to fund W.L. English Nursing Scholarships for Chesapeake students. Preference is given to Dorchester County residents pursuing a nursing degree.

“We are honored to receive this extraordinary gift that makes it possible for students to attend Chesapeake College, earn a degree and pursue a rewarding career in nursing,” said Lucie Hughes, the college’s Vice President for Institutional Advancement and Executive Director of the school’s foundation. “As one who ministered to others, Father English understood the power of compassionate care and appreciated the collaborative education and training provided by Chesapeake College and Shore Health to bring along our next generation of nursing professionals.”

English was a patient at the University of Maryland Shore Medical Center at Dorchester where the Intensive Care Unit (ICU) nursing team treated him on several occasions in 2015.

According to Pat and Richard Gauen, close friends from East New Market, he often spoke of the excellent nursing care provided during those hospital stays.

“He said they treated him like a king, but they didn’t know he was going to make this donation,” Pat said. “I never heard him complain that he received bad care in the hospital…not one time.”

Bill Shertenlieb, a registered nurse from Cambridge and graduate of the Chesapeake College nursing program, was one of English’s regular ICU caregivers.

“He was very easy to take care of and had the ability to bring out creativity and kindness in the care you delivered,” Schertenlieb said. “He made you happy to be a nurse.”

Nursing is a family profession in the Shertenlieb household. His wife Wendy also graduated from the Chesapeake program and became a nurse in 2013. While she was in school and caring for their children, Bill worked three nursing jobs to support the family.

“Father English and I discussed how hard it was, but I didn’t have the slightest clue about the donation,” he said. “I was stunned. Sometimes you get surprises like this…you don’t always know whose day you’ve made.”

Nursing care is a critical need in the Mid-Shore region according to Jon Longest, Chesapeake College Health Professions Chair.

“We are in the midst of a significant nursing shortage in the United States that is even more pronounced in rural areas like the Eastern Shore,” Longest said. “The English scholarship makes a nursing career more accessible to young adults and even older students who are making a career change or looking to advance within the profession.”

Hughes said the number of annual awards given by the English scholarship fund will depend on need and other financial aid students receive. Initial awards range from $350 to $2,000. She estimates that as many as 25 students a year could receive grants in the future.

Students interested in the nursing scholarships should complete Chesapeake’s general scholarship application and a Free Application for Federal Student Aid (FAFSA). Both are accessible atwww.chesapeake.edu/financial-aid.

Donors interested in discussing a planned gift with the college can contact Hughes at 410-827-5879. Online donations can be made at www.chesapeake.edu/chesapeake-college-foundation.

English was born at Dorchester General Hospital in 1936 and graduated from Cambridge High School in 1954. He was ordained in the Episcopal Church in 1965 by the Bishop of Easton and from 1965-1966, he was the rector for three Mid-Shore parishes: St. Stephen’s, East New Market; St. Andrew’s, Hurlock; and the Chapel of the Epiphany, Preston.

Following 32 years of ministry on Staten Island in New York City, he retired to Cambridge where he lived in his childhood home on Radiance Drive until his death in 2015.