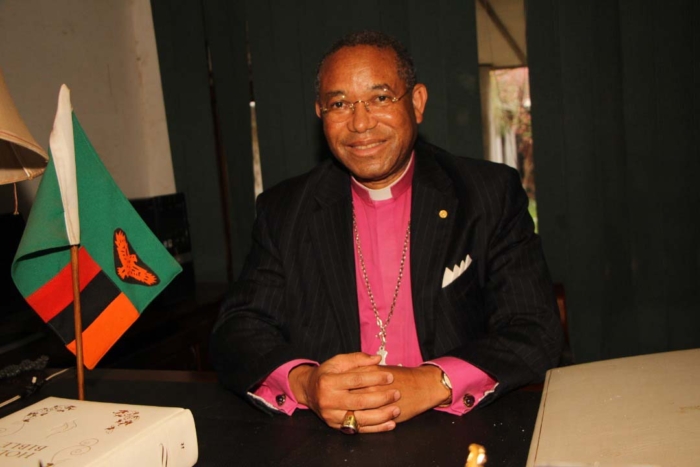 Anglican Bishop Musonda Trevor Selwyn Mwamba, a board member of Katrina’s Dream and candidate for president of Zambia, issues statement urging US Senate to Pass the ERA.

Having successfully shepherded the Equal Rights Amendment through ratification by the remaining three states and approval of House Joint Resolution 17 by the U.S. House of Representatives on March 17, 2021, ERA supporters have now adopted a strategic pivot to surmount the final hurdle—approval by the U.S. Senate.

“We are recruiting supporting senators one by one, asking each supporter to recruit a hesitant colleague,” said Helene de Boissiere, chief executive of Katrina’s Dream, Inc., one of the key ERA backing groups. “We’re focusing first on the six Republican women senators who have not announced support.” The joint resolution was introduced in the Senate by Sens. Lisa Murkowski (R., AK) and Ben Cardin (D., MD). Assuming that all 50 Democratic senators are ready to vote in support of the resolution, ERA backers still need at least 10 Republican votes to shut down any possible filibusters. So far they have only two announced Republicans, Murkowski and Sen. Susan Collins of Maine.

Senate Joint Resolution 1, which like its House-passed companion would lift the time limit on ratification of the ERA, is currently awaiting consideration by the Senate Judiciary Committee.  Sen. Diane Feinstein (D., CA), a long-time supporter of the ERA and member of the committee, told de Boissiere, “I look forward to considering it [the resolution] with my colleagues.”

The seven-year time limit was set in an accompanying joint resolution Congress adopted in 1972 when it sent the amendment to the states for ratification. Congressional adoption of the 2021 joint resolution will complete the task of adding the ERA to the U.S. Constitution, ERA supporters believe. Some legal experts, in fact, argue that the Constitution does not permit Congress to limit the time the states have to ratify pending amendments in any case, and that the Archivist of the United States should add the language of the ERA to the Constitution now.

A collaborative effort to move ahead utilizing The Call and the Power of 10 programs emerged out of the League of Women Voters of Chillicothe-Ross (OH). Program ERA & Familes: What’s at Stake held on March 23, 2021.  Teleconferences are coordinated by de Boissiere with US Senators.  Regular participants advocating for the removal of the deadline include Philip Bennett, Susan Bevan, Bishop Joe M. Doss, Betty Folliard, Sharon Hill, Kobby Hoffman, Cathy Kaelin, Denise Parrish, Nevada State Senator Patricia Spearman, Tammy Simkins, Julie Suk, Jean Sweeney, and constituents from the respective US Senators’ districts.

That the ERA might soon become part of U.S. basic law has already begun to attract favorable notice abroad. Long time women’s empowerment and supporter Anglican Bishop Trevor Mwamba, a board member of Katrina’s Dream, who is a candidate for president of Zambia, said he welcomed “ecstatically” the U.S. House of Representatives’ action in January. “It is a historic act,” he said, “redressing a moral evil which has long denied gender equality to women in the United States of America…. I believe equality for women is equality for humankind.”