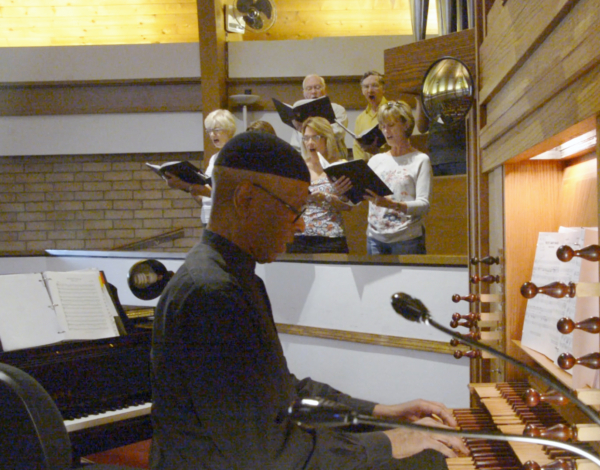 “Marching Forward” is the documentary about the Jones High and Edgewater High School Bands trips to the 1964 Worlds Fair and the roles the two bands played in the civil rights movement in the integration of Orlando.

The one-hour documentary shows how ordinary citizens… teachers… were the quiet heroes of civil rights movements in the Deep South. Marching Forward tells the story of how two high school band directors crossed the color line, made friends, and worked together to take their students on the trip of a lifetime to the 1964 New York World’s Fair. 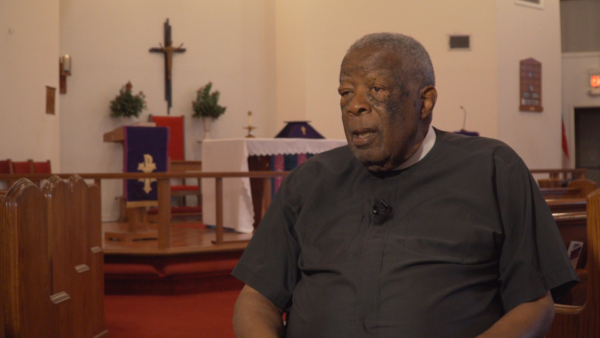 James W. “Chief” Wilson founded the Marching Tiger Band at Jones High School, Orlando’s only public high school for Blacks in 1964.  Del Kieffner led the Marching Eagle Band at Edgewater High School, a new school built for Orlando’s expanding White suburbs in the 1960s.  Their friendship and common love of music and band directing led them to do something extraordinary for their time:  bring the Black and White communities of a Deep South city together to raise funds that would allow both of their bands to perform at the 1964 World’s Fair in New York.

Marching Forward is presented by WUCF TV in Orlando and is scheduled to air three times in early February: Tues., Feb. 2nd at 9pm; Thurs. Feb. 4th at 5pm; Sun. Feb.7th at 3pm.

In metropolitan New York City, it airs on WLIW, February 27 at 7 pm.

The film took three years to make and started out as a class project inside the Burnett Honors College at the University of Central Florida.  The class was co-taught by associate professors Robert Cassanello and Lisa Mills, who teach in the university’s history department and film program.

Marching Forward won several accolades while screening in film festivals across the U.S., and a “Best of Show” award at the 2019 Broadcast Educators Association’s “Festival of Media Arts.”  Student co-director Oswmer Louis, a history major and cinema studies minor, saw the film project through to its release in early 2019.  “It wasn’t about race, it was about what was best for the kids at that time,” says Louis.  “I think it was unique that everyone got behind the idea of sending both bands at a time when we typically think of Blacks and Whites not getting along.”  Initial support for the film was provided by Dean Sheila Amin Gutierrez de Pineres of the UCF Burnett Honors college and Dean Jeff Moore of the UCF College of Arts and Humanities.  Funding was also provided by UCF’s Nicholson School of Communication and Media and College of Sciences.