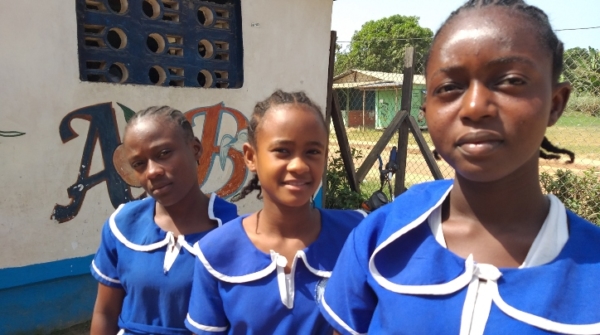 Episcopal Relief & Development has received a second, three-year, $600,000 grant from Islamic Relief USA (IRUSA) to expand a ground-breaking partnership with the humanitarian arm of the Episcopal Church of Liberia (ECL-RD) to combat gender-based violence in Liberia. This program, which equips faith and community leaders to transform harmful cultural and religious attitudes towards women, is also supported by a grant from the UN Trust Fund to End Violence against Women, The Laura Ellen & Robert Muglia Family Foundation, and other generous donations.

Liberia is considered one of the most dangerous countries in the world for women and children. More than 50% of Liberians live in poverty and the country has some of the highest rates globally of violence against women and girls. Violence takes many forms, including female genital cutting, child marriage and economic violence such as the denial of education. According to the United Nations, 39% of women experience physical or sexual intimate partner violence at least once in their lifetime. Faith and community leaders play a critical role in helping shape positive cultural views on gender equality.

“Women have been crucial in peacebuilding and development in Liberia, and this International Women’s Day we celebrate their economic, cultural and political achievements,” said Chiseche Mibenge, Director of Gender Initiatives for Episcopal Relief & Development. “Islamic Relief USA’s generous support for ECL-RD’s work with faith leaders to attain gender equality is an affirmation of Liberian women’s dignity and the transformative impact that the program has had on communities.”

Launched in 2015, the initial phase of the project worked to engage faith leaders in two counties, developing a gender-based violence prevention toolkit and training 84 Christian and Muslim faith leaders to speak out against violence against women and girls in their communities. The program also equipped faith leaders to more effectively support survivors of violence. Through trainings and organized events, this core group of leaders then reached out to 679 imams and priests. This second phase of the project, Scaling Up Faith Leaders Engagement to Prevent and Respond to Violence Against Women & Girls (VAWG Liberia), continues the work in the initial two counties, and expands to two additional ones in order to train and equip 237 faith leaders and 360 youth leaders across 54 townships. The overall goal of VAWG Liberia is for over 28,000 women and girls to experience less intimate partner violence and non-partner sexual violence, and to have increased access to support services.

“Islamic Relief USA’s partnership in this program has been instrumental in shifting harmful attitudes and behaviors towards women and girls,” said Annette Musu Kiawu, the National Director for Episcopal Church of Liberia Relief & Development. “They have inspired a spirit of reconciliation in our multi-faith society and helped us to recognize the value of engaging both Christian and Muslim faith leaders to transform communities.

“Islamic Relief USA is proud of its partnership with Episcopal Relief & Development that has focused on tackling one of the most pressing issues impacting women and girls in Liberia,” said Sharif Aly, CEO of Islamic Relief USA. “Through a comprehensive, faith grounded approach, we have been able to build trust throughout communities and make significant progress towards combating gender-based violence in an oftentimes highly volatile environment.”

To learn more about Episcopal Relief & Development’s work to empower and promote the rights of women in Liberia, visit www.episcopalrelief.org.

For over 75 years, Episcopal Relief & Development has been working together with supporters and partners for lasting change around the world. Each year the organization facilitates healthier, more fulfilling lives for more than 3 million people struggling with hunger, poverty, disaster and disease. Inspired by Jesus’ words in Matthew 25, Episcopal Relief & Development leverages the expertise and resources of Anglican and other partners to deliver measurable and sustainable change in three signature program areas: Women, Children and Climate.