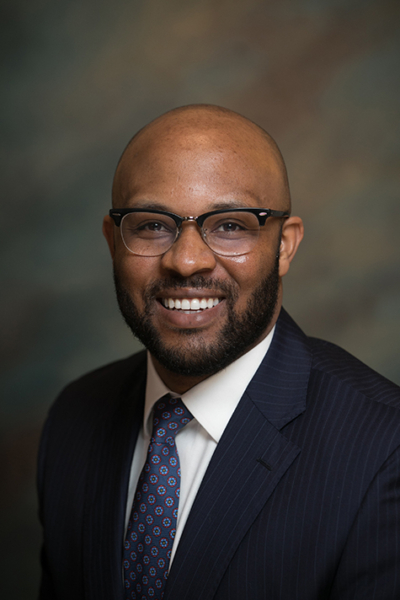 Rev. Kevin W. VanHook, II brings pastoral leadership experience with action-oriented, grassroots ministries to the organization, which celebrates its 25th anniversary this year. He has joined Episcopal Charities from The Riverside Church in the City of New York, where he served as Minister of Justice, Advocacy and Change since 2018. In that role, Rev. VanHook developed and implemented programming with a focus on social justice and its theological roots and will provide mission-based strategic planning for Episcopal Charities.

The $1 million anonymous donation will be used to grow the organization’s endowment to build organizational capacity long-term as well as support new programs in the short-term. In the past year, Episcopal Charities has introduced a number of new programmatic initiatives, including their Bulk Buy program, which connects feeding programs in the Diocese of New York to discounted, high-quality, and specialty foods. The $1 million anonymous donation will help fund these and other initiatives to support Episcopal Charities’ portfolio of partnered outreach programs.

Commenting on these developments, Peter W. Keller, President of Episcopal Charities’ Board, said, “I am very pleased and excited that after a period of reflection and prayerful discernment, Episcopal Charities has hired Rev. Kevin VanHook, II as our new Executive Director to build on the legacy of his predecessor, Mary Beth Sasso, and expand our outreach support to those in need across our diverse and magnificent diocese. Kevin is a gifted and passionate faith leader with the ability to exceptionally communicate in diverse settings. He is a transformational leader with a deep commitment to advancing social justice, and he is uniquely positioned to lead Episcopal Charities forward. A graduate of the United States Air Force Academy, he brings superb leadership skills to Episcopal Charities, and he will be a tremendous addition to the diocese and our community.”

Rev. VanHook said of his new role, “I could not be more excited about the opportunity to lead and serve Episcopal Charities as its next Executive Director. The coronavirus pandemic has both exposed and exacerbated the devastating inequalities within various communities and I’m eager to work with partners throughout the diocese to expand our capacity to meet the ever-increasing needs of disadvantaged individuals, youth, and families.”

Episcopal Charities of New York is a registered 501(c)(3) organization that has served as the outreach arm of the Episcopal Diocese of New York for the past 25 years. They provide critical funding, operational support, and volunteers to nearly 100 local programs working to transform the lives of more than 1 million people in need each year.