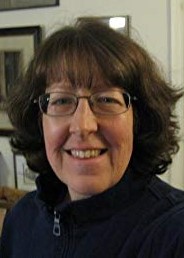 The Historical Society of the Episcopal Church is pleased to announce its recipient of the 2018 Nelson R. Burr Prize, Dr. Emilie Amt. Emilie is Hildegarde Pilgram Professor of History at Hood College, Frederick, Maryland. She earned a B.A. from Swarthmore College and a D.Phil from Oxford University.

She is honored for her article entitled “Down from the Balcony: African Americans and Episcopal Congregations in Washington County, Maryland, 1800-1864” published in the March 2017 issue of Anglican and Episcopal History.

While her professional focus specializes in the experience of religious women and in 12th- and 13th-century English government, finance and war, for the last eight years she has been researching slavery in western Maryland. This work grew out of a desire at her church, St. Mark Episcopal Church-Lappans in Boonsboro, Maryland, to know more about the enslaved people who attended when it was built in 1849. Her work has also contributed to the Truth & Reconciliation project and Trail of Souls Pilgrimage in the Diocese of Maryland. Her most recent book is The Latin Cartulary of Godstow Abbey, published by Oxford University Press for the British Academy in 2014.

The Burr prize honors the renowned scholar Nelson R. Burr, whose two-volume A Critical Bibliography of Religion in America (Princeton: Princeton University Press, 1961) and other works constitute landmarks in the field of religious historiography. Each year a committee of the Society selects the author of the most outstanding article in the Society’s journal, Anglican and Episcopal History, as recipient. The award also honors that which best exemplifies excellence and innovative scholarship in the field of Anglican and Episcopal history.

Those interested in obtaining a copy of the article may contact Matthew. P. Payne, Director of Operations of the Society at administration@hsec.us or (920) 383-1910.