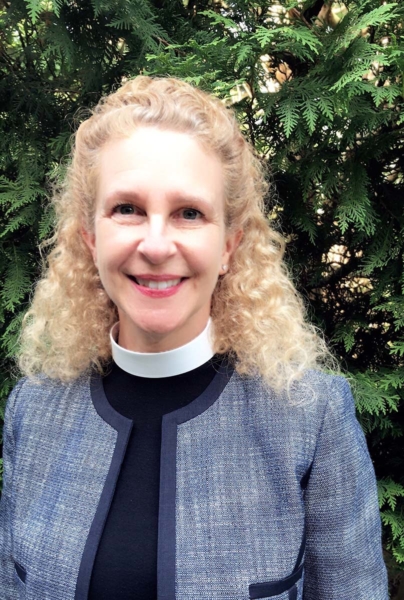 The Rt. Rev. W. Nicholas Knisely, bishop of Rhode Island, has announced that the Rev. Dr. Dena Cleaver-Bartholomew will join his staff August 1 as canon to the ordinary.

In this role, she will assist the bishop with management, oversight and operations of the diocese, and in the support of clergy and congregations.

“Dena is an exceptionally qualified leader who brings great experience and capabilities to this important role, including deep expertise in leadership and congregational development,” Knisely said. “She will be a valuable addition to our ministry team.”

Cleaver-Bartholomew has served churches in five states, with average Sunday attendance ranging from 75 to 750. She currently serves as rector of Christ Church in Manlius, N.Y., where she led a capital campaign that helped to address construction debt, new initiatives, and deferred maintenance; pay off a line of credit early; pay down more than 50 percent of mortgage principal early, and move the congregation to solvency. She also directed revitalization and electronic distribution of the church’s newsletter, managed creation of a new website, established a Facebook page, and supervised the selection of new software and formation of a database. While at Christ Church, Cleaver-Bartholomew earned a Doctor of Ministry in Church Leadership and Community Witness from Emory University, working with the congregation to expand its vision and embrace of lay leadership.

In the wider church, she has served as a two-time General Convention deputy from the Diocese of Central New York. She currently chairs that diocese’s Commission on Ministry and Racial Reconciliation Team and serves on its Congregational Development Team, Visioning Team, and Diocesan Board.

In response Cleaver-Bartholomew said, “It is an honor and privilege to be called as canon to the ordinary. I am eager to join Bishop Knisely and his staff to serve God among the people of the Diocese of Rhode Island. I look forward to meeting with people throughout the diocese, engaging in prayer and conversation with them, and discerning how the Holy Spirit is calling us to work together.”

Cleaver-Bartholomew will succeed the Rev. Canon Linda L. Grenz, who is retiring after seven years as canon to the ordinary.

About the Episcopal Diocese of Rhode Island
The Episcopal Diocese of Rhode Island is a gathering of the 53 Episcopal churches in Rhode Island, served by the bishop, the Rt. Rev. W. Nicholas Knisely, and his staff who support congregations as they carry out their mission and ministries. They provide resources and educational opportunities to encourage spiritual development and outreach in the churches of this diocese, as well as in the greater community. Together, our bishop and churches work to do large-scale ministry no church could operate alone, such as Episcopal Charities, the summer camp programs at the Episcopal Conference Center and the Center for Reconciliation.