[Nashotah, Wisconsin] Nashotah House is pleased to announce the appointment of David Lee Jones, Th.D. as director of the doctor of ministry program. Along with his unsurpassed credentials, Jones brings a wealth of experience as a leader in ministry education, and his appointment will elevate the already distinctive doctor of ministry program offered at Nashotah House. Among his many accomplishments, Jones is one of a select few to have received all three of the Association for Doctor of Ministry Education (ADME) awards: the Barnabas Award, the Outstanding Leadership Award in Doctor of Ministry Education and the Past President’s Award. 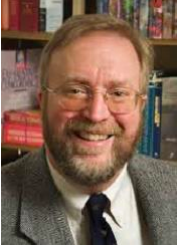 “The addition of Dr. David Jones to lead our Doctor of Ministry program is a marvelous step forward for us and the latest sign of our commitment to providing a first-rate academic program. Nashotah House is in a unique position to refine a truly distinctive DMin program for priests and ministers who continue to grow in their vision and skill, and Dr. Jones is just the sort of leader who will make that happen,” shared interim dean Garwood Anderson.

Born and raised in Bloomfield, New Jersey, Jones was ordained a deacon at only 17  and ordained a Presbyterian minister in October 1982, subsequently serving as assistant pastor of Southampton Presbyterian Church, Southampton, New York. He then graduated as valedictorian with a degree in drug and alcohol abuse counseling from Sullivan County Community College while serving as solo pastor of congregations in Jeffersonville and Roscoe, New York. Additionally, Jones completed a year of CPE at Grady Memorial Hospital in Atlanta, Georgia, in 1988, and graduated from the doctor of theology program in pastoral counseling at Emory University in 1999. He next pastored two Presbyterian churches in the Atlanta Presbytery while finishing his Th.D. degree, where he received the Atlanta Presbytery’s Small Church Pastor of the Year Award.

Most recently, Jones directed Austin Presbyterian Theological Seminary’s doctor of ministry program for nearly a decade and served a two-year term as president of the Association for Doctor of Ministry Education. He is perhaps most well-known for researching, implementing and teaching the Bowen family systems theory over the past 35 years and is a sought-after speaker and consultant on leadership development and conflict management.

He has authored numerous academic articles and his essay, “Peace is Systemic,” won first place in Bethany Theological Seminary’s peace essay writing contest. He has served as adjunct instructor in the Seminary of the Southwest’s (Episcopal) advanced degree programs in chaplaincy and counseling since 2008.

In addition to his duties as director of the doctor of ministry program, Jones serves as an affiliate professor of pastoral theology at Nashotah House.