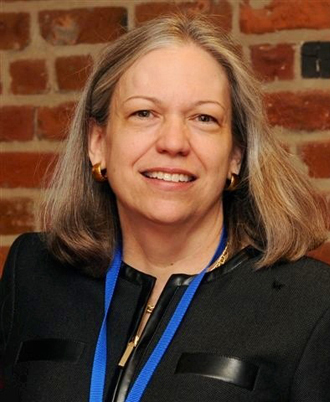 Chapman, who had been carrying out the duties of general secretary since the December 31, 2011 departure of Michael Kinnamon, was elected to the interim position today [Jan. 20] during a conference call meeting of the Governing Board.
Chapman will serve as interim until the board decides on the next steps for filling the office permanently.

“Clare has been entrusted by God with gifts that will serve the Council well at this transitional time , and we are grateful for her willingness to serve,” said NCC President Kathryn Mary Lohre.

Kinnamon, who became General Secretary January 1, 2008,  announced his intended departure at the November 2011 Governing Board meeting. Based on advice from his cardiologist, Kinnamon relayed that frequent travel and other demands of the office were detrimental to his health.

Before joining the NCC staff in January 2007, Chapman served on several committees, commissions and task forces.  For more than two decades she was on the staff of the United Methodist Church ‘s General Commission on Christian Unity and Interreligious Concerns as its associate general secretary for program and administration.

Since its founding in 1950, the National Council of the Churches of Christ in the USA has been the leading force for shared ecumenical witness among Christians in the United States. The NCC’s 37 member communions — from a wide spectrum of Protestant, Anglican, Orthodox, Evangelical, historic African American and Living Peace churches — include 45 million persons in more than 100,000 local congregations in communities across the nation.