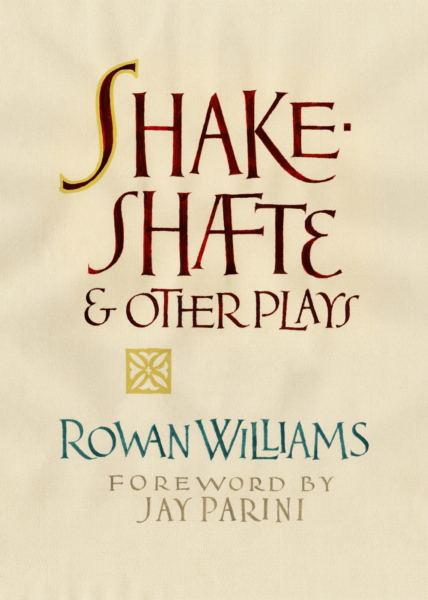 Shakeshafte and Other Plays, by former Archbishop of Canterbury Rowan Williams, will be published on December 7 by Slant Books.

Gathered together for the first time, these three plays by Williams—known throughout the world not only as a religious leader and theologian but also as a poet and critic—explore the inner life of words and images.

Shakeshafte imagines an encounter between a young sixteenth century Englishman with a faintly familiar surname and an undercover Jesuit missionary. Two visions of how words change the world collide and converge and slip away again.

The Flat Roof of the World introduces us to the ageing and troubled artist and poet, David Jones, haunted by his experience of both war and love, struggling to hold together a world of insight and connectedness that is being torn apart by modernity—and by his own fragmented and traumatic history.

Lazarus is a vivid meditation on what it means for a word literally to give life.

Dramatically and verbally intense, these plays memorably open up the space where faith and imagination speak to each other.

Rowan Williams, former Archbishop of Canterbury, recently retired as Master of Magdalene College, University of Cambridge. Among his recent books are The Edge of Words, The Tragic Imagination, Christ the Heart of Creation, and Looking East in Winter. His collected poems will soon be published by Carcanet Press.

Available on Amazon and wherever books are sold.