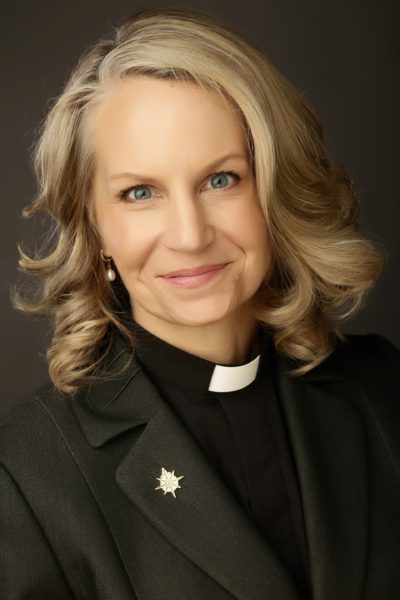 The Rev. Christine Trainor, former associate rector of St. Stephen’s Episcopal Church in Belvedere, CA, has accepted the call to serve as the senior priest at St. Andrew’s in Abu Dhabi and St. Thomas in Al Ain, United Arab Emirates in the Anglican Diocese of Cyprus and the Gulf, in the Province of the Episcopal Church in Jerusalem and the Middle East.

As the first woman to serve as an incumbent in the region, and as the Anglican priest for the Emirate, she will oversee the shared worship space for Christians in Abu Dhabi, act as an ecclesiastical ambassador and governmental representative of Christianity in the region, preside over a diverse, international congregation representing 42 different nations and over a mission congregation in Al Ain with a specialized advocacy ministry to a migrant women’s labor camp.

Serving under the appointed authority of the Archbishop Michael Lewis, Trainor moves into a new mission field, witnessing to Christ in this international, highly diverse and globally significant geopolitical region.