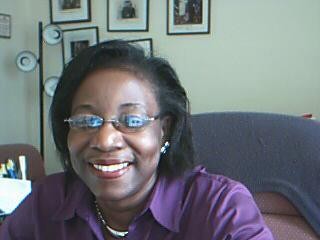 Ballentine is the chancellor of the Diocese of the Virgin Islands since 1995 and has been a deputy to General Convention since 2000.  She served on the Executive Council from 2006 – 2012, chairing the Joint Standing Committee on World Mission from 2009 – 2012.  For six years, she chaired the task forces working on the Episcopal Church’s response to the Anglican Covenant. She was the chair of the Legislative Committee on World Mission at General Convention 2012, and she chaired the Legislative Committee on Constitution at General Conventions 2003 and 2006. She is an elected member of the Church Pension Fund Board of Trustees and is vice-president of Province II. She is an attorney, court certified mediator and dispute resolution practitioner.

The term, which takes effect immediately, is for three meetings of the ACC, generally nine years. The next ACC meeting is slated for 2016 in Central Africa.

Ballentine was one of four nominees presented by the Executive Committee of Executive Council following a review of 11 applications.

Current Episcopal Church members of ACC are Presiding Bishop Katharine Jefferts Schori (as a member of the Anglican Communion Standing Committee), Bishop Ian Douglas of the Diocese of Connecticut (bishop), and the Rev. Gay Clark Jennings of the Diocese of Ohio and President of the House of Deputies (clergy).