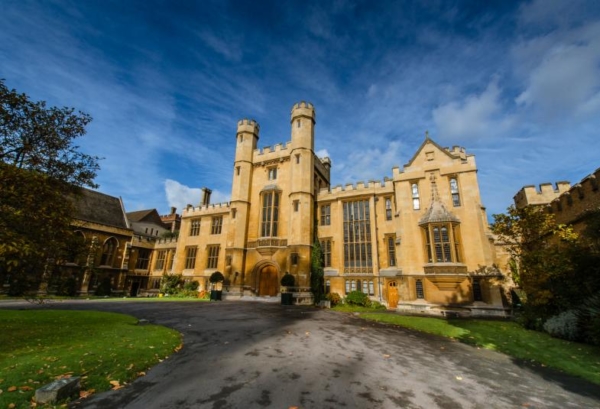 The Compass Rose Society, an international charitable organization providing financial support to the Archbishop of Canterbury and the Anglican Consultative Council, held its annual meeting in London on October 9 and 10.

In 2017, the Society donated over $685 thousand including gifts to the Anglican Consultative Council; the church of Southern Africa in support of the ACSA Environmental Network; Coventry Cathedral to support the Archbishop of Canterbury’s reconciliation work, and the Princess Basma Centre for Children with Disabilities in the Diocese of Jerusalem.

Bishop C. Andrew Doyle, the Society’s president, told members that the previously announced initiative to fund an endowment of $10 million for the work of the Communion was underway. A 2017 news release describing the history of the Society and the plans for the endowment is linked here.

In addition, Bishop Doyle indicated that the Society’s initiative to raise $1 million in scholarship assistance for bishops and spouses who require assistance to afford the travel expense to attend the 2020 Lambeth Conference will be a major focus for the coming year.

Speakers at the two-day annual meeting offered members an up-to-date view of the work of the Anglican Communion.
Phil George, chief executive officer of the Lambeth Conference, updated members on plans for the meeting and thanked the Society for raising funds for scholarships.

The secretary general of the Communion, Archbishop. Josiah Idowu-Fearon, thanked the society for its support and reviewed his recent travels throughout the Communion. Others addressing the meeting were:

• The Most Revd Thomas Kanjirappally Oommen, Moderator of the Church of Southern India and Bishop of Madhya
• The Rt Revd Maimbo Mndolwa, Archbishop elect of Tanzania and Bishop of Tanga
• The Rt Revd C. Andrew Doyle, Bishop of Texas and president of the Society, who reviewed the Society’s recent work and announced that the newly formed Hong Kong chapter was beginning a cooperative project with Myanmar Theological College in Mandalay, Myanmar.

Members also heard remarks from Michela Southworth, the Communion’s director for finance and resources, the Very Revd Randy Hollerith, dean of Washington National Cathedral and Professor Olu Jegede representing the Walter Miller University in Diko, Nigeria. The university is being established by the Anglican Church in Nigeria in honour of Dr. Walter Miller, a Missionary active in establishing schools, a church, and dispensary in Northern Nigeria from 1902 to 1929.

Stuart Kensinger of Jerusalem Peace Builders, an interfaith, non-profit organization that promotes person-to-person engagement among the peoples of Jerusalem, the United States, and the Holy Land, also addressed the meeting.

During a visit to Lambeth Palace, the London residence of the Archbishop of Canterbury, members heard Archbishop Welby discuss the recent activities of the Communion and plans for the upcoming 2020 Lambeth Conference. He invited the Society to support the conference and to help raise funds that will help enable bishops to attend. Members then enjoyed dinner with the Archbishop and Mrs. Welby followed by Compline in the chapel of Lambeth Palace.

Membership information is available at the Society’s Web site www.compassrosesociety.org.