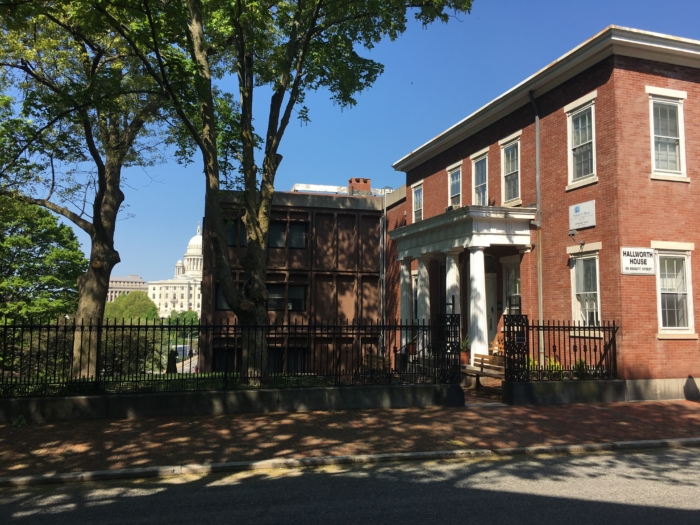 Providence, RI — Governor McKee has announced a plan to care for homeless persons recovering from Covid in the former Hallworth House facility. Under the arrangement with the Episcopal Diocese of Rhode Island, which owns the building, 20 patient rooms will be rented by the State and furnished and staffed under the supervision of the Rhode Island Department of Health and the Office of Health and Human Services.

Hallworth House served as a non-profit skilled nursing facility for more than 50 years. The original house, which functioned as Hallworth House office space, and its surrounding property was a gift to the Episcopal Diocese of Rhode Island in 1910. The building served various purposes until being dedicated as a nursing home by The Rt. Rev. John S. Higgins in the 1960s. The first wave of the Covid pandemic hit the patients and staff of Hallworth House very hard, and it was forced to close in August 2020.

Since the closing of Hallworth House, a portion of the building has been used by Beautiful Day, an organization known for its granola, which helps refugees adjust to life in America by offering paid, on-the-job training. They will be able to continue operations in an area separate from the Covid recovery space.

The Rt. Rev. W. Nicholas Knisely and the leadership of the Episcopal Diocese are delighted that the building will be used to care for the sick and the homeless.