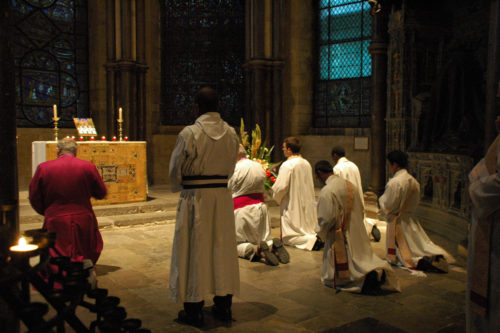 People pray Aug. 3, 2008, in Canterbury Cathedral’s Chapel of Saints and Martyrs of Our Own Time after the names of seven Melanesian Brothers had been installed in the chapel. After working in the Solomon Islands to get supplies to innocents trapped by ethnic conflict, negotiating the release of hostages and search for the missing, injured and dead, the men were killed in 2003 by a militant group. Photo: Mary Frances Schjonberg/Episcopal News Service