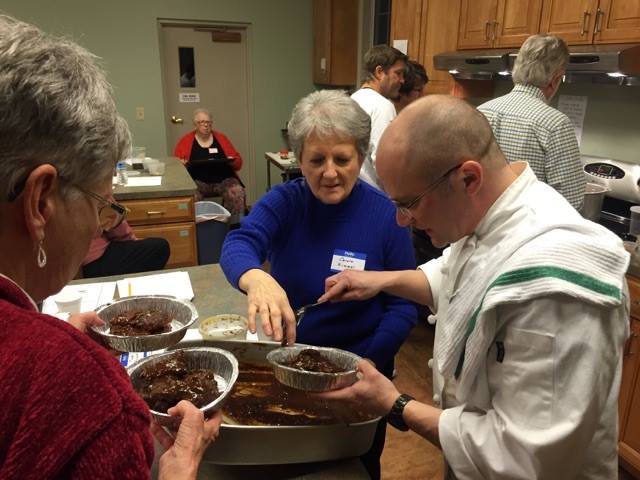 [Episcopal News Service] A North Carolina church has been using its property to host community classes on topics from wine to history, taught by volunteers, to raise money for local charities. Over the past decade, what started as an idea to put church space to better use has become a local tradition that has raised nearly $2o0,000. After two years on hold due to COVID-19, the popular winter program is back, offering locals the opportunity to stay active and connected during the evenings in the off-season on the Outer Banks.

All Saints Episcopal Church in Southern Shores, in the Diocese of East Carolina, started the After Dark at All Saints program in 2010. The parish had just added a small building next to the church primarily for child care on Sundays, but it was sitting empty nearly the entire week.

A group of parishioners came up with the idea based on a similar program at a Catholic school, church leaders told the Outer Banks Voice. Soon they were recruiting locals with various kind of expertise to volunteer to offer classes in the evenings during the week. The class fees are then donated to local charities, including food pantries, a health clinic, a shelter and other nonprofits.

“There’s two purposes of After Dark,” Steve Hotchkiss, chair of the program committee told the Voice. “One is the outreach and giving to the community. And the other is to provide something for the community in the middle of the winter to do in the evening and socialize.”

After Dark, which runs for three weeks in January and February, started with 35 classes in 2010 and reached 85 classes by 2017. Classes have included lectures on history, nature and travel, jazz performance, knitting, flower arranging, beekeeping, yoga, American Sign Language, drawing, antique appraising, fishing and creative writing. Practical courses are also offered, such as tech skills, tax preparation, home renovation and how to navigate medical procedures and insurance.

The most popular category, though, is food, with classes run by local chefs and restaurateurs. The owners of a local café run a cooking class that has been so popular they offer it during two time slots. Also popular are tasting sessions for wine, beer, rum, coffee, or even honey.

But, like all other in-person programs, After Dark was disrupted by the onset of the COVID-19 pandemic, and the 2021 and 2022 seasons were canceled. In its first year back, 45 classes are being offered. Since the start of the program, the class fees (which range from $29 to $44) have raised nearly $200,000 for local charities, the church says.

But apart from the fundraising focus, After Dark also provides another crucial community benefit: fellowship. As After Dark committee member Tim McKeithan told the Voice, the classes provide much-needed stimulation and connection “at night, after dark, in the middle of the winter, to get through the long, dreary winter nights.”

Correction: An earlier version of this story misstated the amount of money that the program has raised.