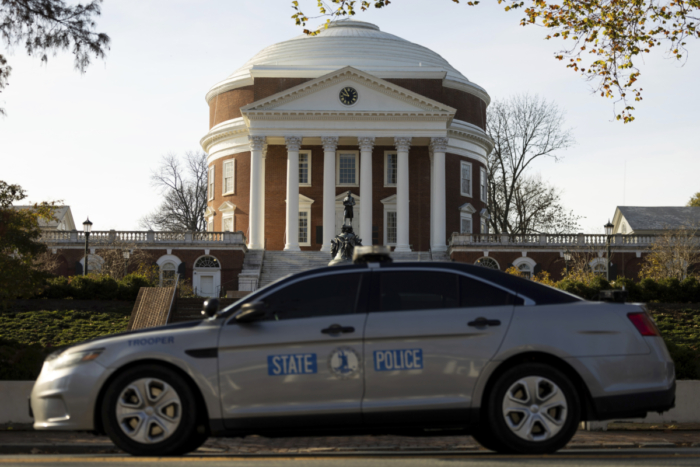 [Episcopal News Service] The Episcopal campus ministry at the University of Virginia in Charlottesville is comforting shocked and grieving students after three of their classmates were killed, and two injured, in a shooting on the night of Sunday, Nov. 13.

St. Paul’s Memorial Church and the adjacent Canterbury House campus ministry building are about a five-minute walk from the parking garage where the shooting happened. The students were shot on a bus that was returning from a field trip to see a play, the university said; another student was arrested and charged with murder on the morning of Nov. 14.

“We’re in the thick of it right here,” the Rev. Mark Wastler, chaplain of The University Fellowship, told Episcopal News Service. “It was an execution.”

Students were locked down for about 12 hours while police searched for the suspect.

“As one of them said to me, ‘We spent the past 12 hours not knowing whether we were going to be killed or not,’” Wastler said.

Once the lockdown ended, Wastler and church staff opened the church and put signs up indicating it was open for prayer, with several priests on duty welcoming people and talking with them. Wastler was planning an evening service on Nov. 14 with other church leaders that would be open to the entire community.

“We’re going to have some food for students and time to talk and process and be together,” he said.

In addition to the spatial proximity of the shooting to the campus ministry, the timing was also “just way too close,” Wastler told ENS. The campus ministry hosts a dinner and service on Sunday nights, and people were leaving around 9 p.m. The shooting happened around 10:30.

The shooting adds another psychological burden to college students who are already struggling with mental health issues that have reached crisis levels, according to the American Psychological Association.

“This is a group of students who have come through a pandemic, and life is already fragile and uncertain,” Wastler told ENS. “I am hearing the word ‘vulnerability’ over and over again. We feel extremely vulnerable right now.”

Reporters have noted that this generation of students is the first to have grown up with active shooter drills as a common occurrence in schools, Wastler said, but that should not indicate any degree of normality.

“Familiarity does not create immunity to it,” he said. “There’s a darkness that settles into our minds.”

The campus community is banding together in response to the shooting, Wastler said, but people well beyond the campus are also offering support.

“We have joined a group that I never wanted to be a part of today, and that is other schools who have experienced something like this,” he said.

Other Episcopal chaplains and priests who have experienced shootings in their communities have reached out to offer support and resources, as has The Episcopal Church’s Department of Faith Formation.

“In all these tragedies, we all wrestle with, ‘Where do we go from here?’ And the only answer is to be a peacemaker in your life,” Wastler said. “That’s the only response to a tragedy like this.”