[Episcopal News Service] An Episcopal priest who previously served as head of a nonprofit foster care agency in Kansas has been suspended from his priestly duties as he faces allegations that he conspired with an internet contractor to defraud the organization of at least $4.7 million.

The Rev. Robert Smith was charged by a federal grand jury with 16 counts of conspiracy and wire fraud and one count of money laundering, according to an indictment filed Nov. 9 in the U.S. District Court in Topeka. He and his co-defendant, William Whymark, are accused of a scheme of overpayments to Whymark for web development work at Saint Francis Ministries, based in Salina, a small city in central Kansas about 90 miles north of Wichita. 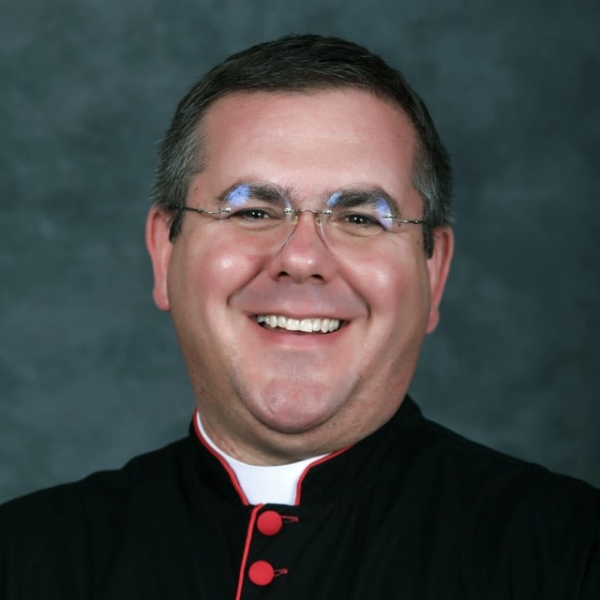 Smith served as chief executive officer at Saint Francis Ministries from 2014 until November 2020, when he was forced by its board to resign under suspicion of financial mismanagement. Details of the alleged fraud scheme, which dates back to 2018, have only now been made public after a two-year federal investigation. Investigators accuse Smith of receiving a “kickback” of $50,000 from Whymark for illegally approving invoices for the overpayments. Smith also allegedly misused an organization credit card for “cash withdrawals, clothing and jewelry purchases and expenses associated with travel for Smith and his family members,” according to the indictment.

Saint Francis Ministries, which provides a range of foster care and adoption services across six states, was founded in 1945 by an Episcopal priest. It continues today to promote itself as operating within the “Episcopal tradition,” and, though independent, all of its presidents through Smith have been Episcopal priests.

Smith was ordained in 2011 in the Diocese of Fond du Lac, Wisconsin, but is canonically resident in the Diocese of Chicago, where he previously served as a priest with LaSalle County Episcopal Ministry in central Illinois. After learning of the federal indictment last week, Chicago Bishop Paula Clark issued a statement saying she had suspended Smith “from any and all priestly and ministerial duties,” and ordered that “he has no direct access to credit cards, bank accounts, or any other funds held by the church.”

“I will meet with the Rev. Smith regularly as these legal proceedings unfold to ensure his compliance with the terms of this suspension,” Clark said. “The Episcopal Diocese of Chicago takes allegations of clergy misconduct very seriously and cooperates fully with legal authorities.”

This is not the first time Smith has been suspended. After his November 2020 resignation from Saint Francis Ministries, the Diocese of Chicago launched a disciplinary investigation into Smith’s conduct under The Episcopal Church’s Title IV canon. At the time, the diocese was in the middle of a leadership transition and did not have a diocesan bishop, so Northern Indiana Bishop Douglas Sparks agreed to oversee those proceedings.

Sparks suspended Smith from his priestly duties in August 2021, but because the disciplinary investigation and parallel investigations by state authorities could not find evidence of any criminal wrongdoing by Smith, he was allowed to resume his ministries in December 2021, as long as he met conditions placed on him by Sparks, including a requirement that Smith undergo management training. In February 2022, Sparks reinstated Smith’s suspension from priestly ministry based on additional evidence he had received, and it was in effect until September 2022.

Before last week, Smith had been serving in the Diocese of Western Kansas as an assisting priest and provost at Christ Cathedral in Salina.

Smith and Whymark face prison terms of up to 20 years for each of the conspiracy and wire fraud charges, if convicted, and up to 10 years in prison on each of the money laundering charges.

“As the case moves forward, Saint Francis will continue to work transparently and collaboratively with federal authorities as part of the investigative process,” the nonprofit said in a statement issued in response to the indictment. “We appreciate the diligence exhibited in the pursuit of justice by all parties.”

The alleged fraud scheme and other financial mismanagement under Smith’s watch was blamed for nearly pushing Saint Francis Ministries into insolvency, though the nonprofit reportedly has recovered, partly due to receiving $10 million from the federal Paycheck Protection Program during the pandemic, according to reporting by the Kansas Reflector.