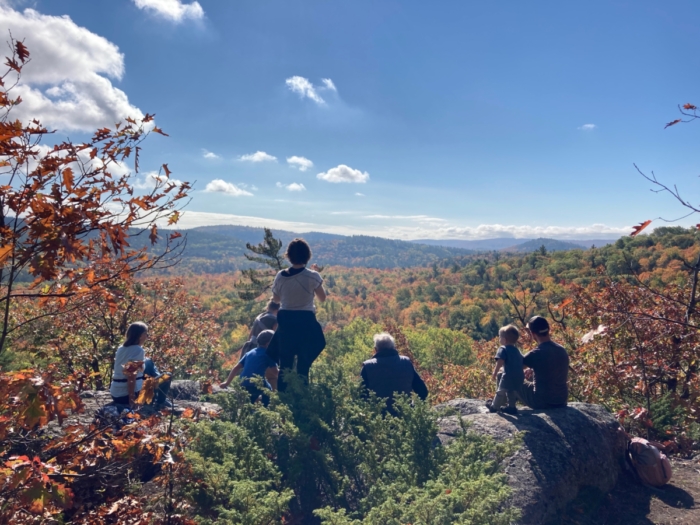 UP Wild Church gathers in the Huron Mountains, a few miles from the proposed rocket launch site. Photo: Makari Rising

[Episcopal News Service] The leader of a Northern Michigan faith community is fighting to protect the natural area where members worship from becoming a commercial rocket launch site. Not only would the proposed facility affect their spiritual connection to the land, she says – it would also threaten the old-growth trees that have grown there for hundreds of years.

UP Wild Church, a ministry of the Diocese of Northern Michigan in collaboration with the Evangelical Lutheran Church in America’s Northern Great Lakes Synod, holds nondenominational nature prayer services and wilderness walks in the Upper Peninsula’s abundant natural settings: its pine forests, inland lakes and the shores of Lake Superior.

But in addition to providing a natural refuge from the chaos of modern life, UP Wild Church also engages with the environmental crises that threaten those places, educating people about past and present industrial destruction. They now face their most pressing challenge yet. The proposed facility, the Michigan Launch Initiative, would be built on private land directly abutting one of their worship sites.

For four years, UP Wild Church has been meeting about three times a month, mostly near Marquette, though it is expanding into other areas, said founder Lanni Lantto. Meeting year-round, the group has about 30 regular attendees. 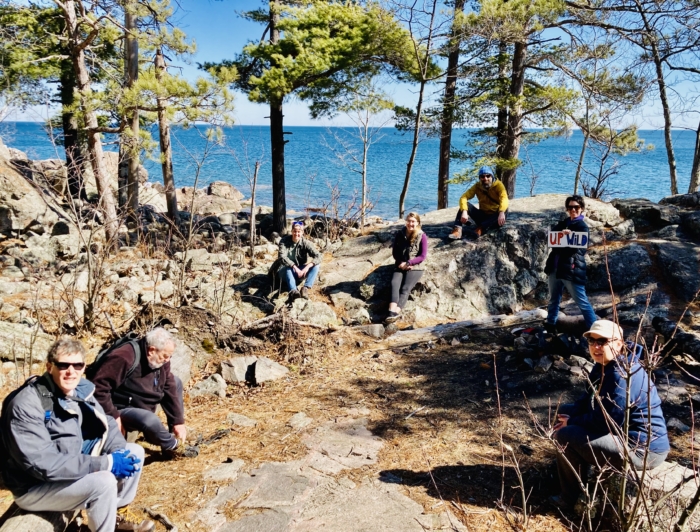 Last December, UP Wild Church held a service called Going Deeper with Christ in a publicly accessible old-growth forest on the shore of Lake Superior, just outside Marquette. Some of the trees are estimated to be 200 to 400 years old, Lantto said.

“These trees were magnificent,” she told Episcopal News Service. “We had this transformative experience. And I realized that there was old growth right there. I have lived here my whole life. I’m 42, and I never knew that it was 10, 15 minutes outside of town.”

Old-growth trees are relatively rare in the Upper Peninsula because of the long-established logging industry there. This particular area was left relatively intact because the rocky, boulder-strewn lake shore made it difficult to access.

“We’re really falling back in love and we are honoring how sacred these places are,” Lantto said.

Because of that discovery, Lantto joined the Old Growth Forest Network, a nonprofit group that identifies and tries to preserve old-growth forests across the country, becoming their coordinator for Marquette County. So when news emerged of a proposed rocket launch site 1 ½ miles from where the group met for their December service, she was immediately concerned.

The proposed Michigan Launch Initiative site, planned by the Michigan Aerospace Manufacturers Association (MAMA), would be used to launch commercial satellites into orbit. Private “spaceports” are an increasingly important and competitive industry, and state and local governments are vying to attract investors in the hope of bringing jobs to their communities. However, an economic study commissioned by MAMA itself recommended against investing in a spaceport, saying it would not produce “any meaningful economic growth in the new space economy.”

But as the industry has grown, so has opposition to the sites for environmental reasons. Critics have pointed to ecological damage already caused by some of the newer launch sites. The U.S. Fish and Wildlife Service has determined that SpaceX’s rocket launches at its Texas spaceport have caused a decline in piping plovers – a threatened shorebird species – in the surrounding area and potentially harmed other shorebirds and sea turtles as well.

In the Upper Peninsula, environmental concerns include threats like toxic materials being spread over the area and failed rocket launches falling into Lake Superior. But the biggest ecological worry for Lantto is the risk of a forest fire destroying the irreplaceable old-growth trees around the site. In September, a rocket launch at SpaceX’s Texas site sparked a wildfire that burned 68 acres of protected wildlife reserve land.

Under the proposal, an evacuation zone would be set up around the launch site, which would encompass much of the old-growth forest, including some of the sites where UP Wild Church meets. That means they would not be able to meet there whenever a rocket launch is happening, Lantto said.

“When they propose to put the rocket launch site directly in the middle of that, the community of Wild Church was very concerned, not just because these are the places that we go to, but that this old growth is a benefit to our wider community and for our kids’ generations. We can’t help but feel like we need to protect it.” 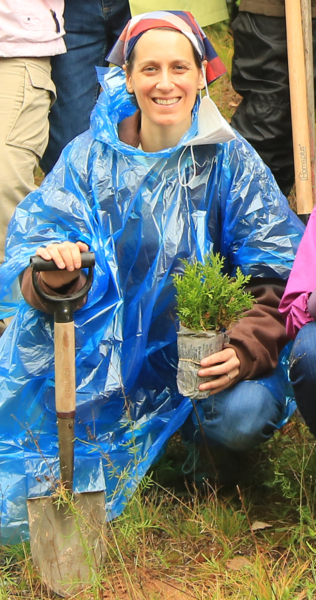 This past August, in her capacity as OGFN county coordinator, Lantto worked with a private landowner in the area to dedicate 92 acres of old-growth forest for preservation through the network. The move ensures that a part of the affected area will be protected from development, and it was also meant to draw attention to the threat that the launch site poses.

Lantto said she and the other members of UP Wild Church and OGFN who are working with her don’t oppose the rocket industry itself; they just argue that this site is the wrong place.

“We’re going into this new age of commercial space enterprise and we don’t really have a plan for that,” she told ENS. “We haven’t really ever addressed that. And for a Christian, we’re saying as a church, how do we address the future of technology and how it’s affecting us and how it’s going to affect our ecosystem?”

At this stage, Lantto and other local residents, including some Wild Church members, are focusing on raising awareness of the threat to the old growth in their backyard. The developers are undertaking feasibility studies, and are still several years away from officially starting the permitting process.

“For the members of Wild Church that have taken this on, it’s very important to them because it’s a part of our stewardship as Christians,” she said. “These are sacred, holy places that God gave us and there’s only so much of it left.”