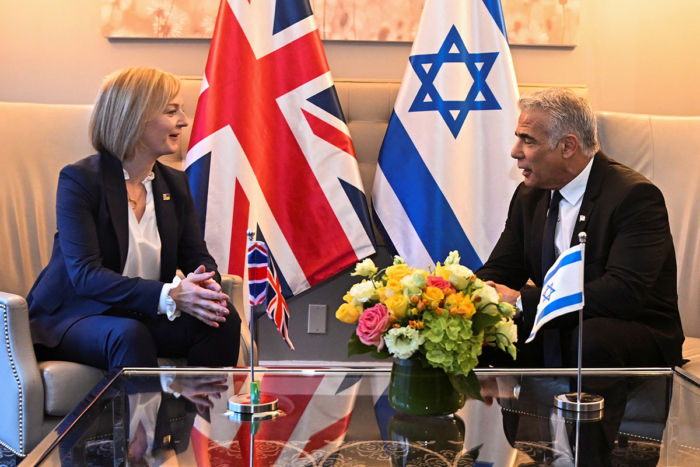 [Episcopal News Service] The United Kingdom prime minister’s interest in moving the British embassy in Israel from Tel Aviv to Jerusalem has ignited sharp criticism from global religious leaders, echoing the uproar in 2017 over U.S. President Donald Trump’s decision to move the U.S. embassy to Jerusalem.

Prime Minister Liz Truss reportedly discussed the potential relocation of the British embassy with Israeli Prime Minister Yair Lapid at the sidelines of the United Nations General Assembly meeting last month. British authorities confirmed “a review of the current location” would be conducted.

Archbishop of Canterbury Justin Welby issued a statement to the British newspaper Jewish News expressing concern “about the potential impact of moving the British embassy in Israel from Tel Aviv to Jerusalem before a negotiated settlement between Palestinians and Israelis has been reached.” Welby’s office said he is “in touch with Christian leaders in the Holy Land and continues to pray for the peace of Jerusalem.”

The leaders of 13 Christian denominations in Jerusalem, including Anglican Archbishop Hosam Naoum, released a letter Oct. 10 raising their objections to the latest developments: “The very act of reviewing the placement of the British embassy not only suggests that negotiated agreements regarding Jerusalem and the West Bank have already resolved the ongoing disputes between the involved parties – when in fact they have not – but also implies that no such negotiations are needed: that the continuing military occupation of those territories and the unilateral annexation of East Jerusalem are both acceptable.”

The Episcopal Church has long sided with those opposed to locating embassies in Jerusalem except as part of peace negotiations. The Rev. Paul Feheley, the church’s Middle East partnership officer, told Episcopal News Service that he sent a letter to Naoum to “express our support for the stand that the patriarchs and heads of the churches in Jerusalem had taken.”

For decades, the United Nations has insisted on Jerusalem’s unique status as an “international city” despite Israel declaring it as the nation’s capital in 1980. The city is considered a sacred place for Jews, Muslims and Christians alike. While most of the Israeli government is based in West Jerusalem, East Jerusalem is considered by much of the world to be an occupied territory, which the Palestinians hope will someday become the capital of a Palestinian state.

Because of that history, more than 80 countries have their embassies in Tel Aviv. Only four have embassies in Jerusalem: Honduras, Guatemala, Kosovo and the United States.

In a 1985 resolution, General Convention, responding to an ongoing debate on the issue in Washington, D.C., expressed “opposition to the movement of the United States Embassy from Tel Aviv to Jerusalem, except within the context of a broad resolution of Middle East problems, with the status of Jerusalem having been determined by negotiation and not by unilateral action by any one community, religion, race or nation.”

The Rev. Charles Robertson, the presiding bishop’s canon for ministry beyond The Episcopal Church, noted in a statement to ENS that General Convention also had passed a resolution earlier, in 1979, that recognized “the uniqueness of the city of Jerusalem” and urged “a solution which would guarantee free and secure access to the Holy City by people of all faiths.”

“Over four decades later, we take seriously the concerns of the Patriarchs and Heads of Churches in Jerusalem as outlined in their most recent letter, and offer both our prayers and our support,” Robertson said.

In December 2017, Trump announced he was reversing decades of White House policy to fulfill a campaign pledge to move the U.S. embassy from Tel Aviv to Jerusalem, which had strong support among American evangelicals and pro-Israel Jews.

At the time, Trump cited a law Congress passed in 1995 calling for the U.S. embassy to be moved to Jerusalem. Every president since Bill Clinton had waived that requirement six months at a time, citing security concerns. Trump initially followed suit, then reversed course. The relocation to Jerusalem was completed in May 2018.

The decision by the U.S. to recognize Jerusalem as Israel’s capital was met by a chorus of Christian voices warning against the move. Leaders of the Christian churches in Jerusalem said it would “yield increased hatred, conflict, violence and suffering in Jerusalem and the Holy Land, moving us farther from the goal of unity and deeper toward destructive division.”

The Episcopal Church’s Office of Government Relations also released a statement at the time, saying Trump’s decision “could have profound ramifications on the peace process and the future of a two-state solution, and it could have a negative impact throughout the region and with key U.S. allies.”

The United Kingdom’s review of its embassy’s location comes amid increased violence in Israeli-occupied Palestinian territories. A BBC report from Oct. 1 counted at least 100 Palestiniains killed this year so far in East Jerusalam and the West Bank, mostly by Israeli security forces, putting 2022 on track to be the deadliest year for Palestinians since 2015.