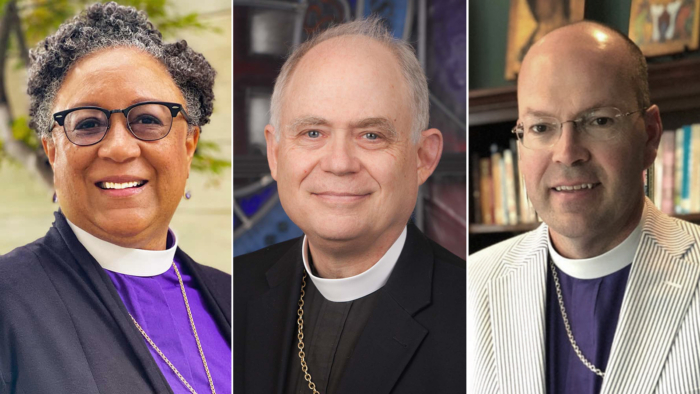 [Episcopal News Service] The bishops of the three Episcopal dioceses in Tennessee are calling on Episcopalians to vote Nov. 8 in favor of a state constitutional amendment that would unequivocally outlaw slavery, with no exception made for criminal punishment.

The proposed constitution amendment mirrors a similar effort, supported by The Episcopal Church, to remove such language from the 13th Amendment to the U.S. Constitution that outlaws slavery “except as a punishment for crime whereof the party shall have been duly convicted.”

West Tennessee Bishop Phoebe Roaf, Tennessee Bishop John Bauerschmidt and East Tennessee Bishop Brian Cole said in a joint statement that they “are all agreed that the effort to pass Amendment 3 … is an important step in righting a historical wrong.” They invited members of Episcopal parishes across the state to join them in supporting passage of the amendment.

Existing language in the Tennessee Constitution echoes that in the U.S. Constitution. The measure on the ballot in Tennessee’s Nov. 8 election would replace that section of the state constitution with new language affirming that slavery is outlawed, without exception. It also would add this clarifying sentence: “Nothing in this section shall prohibit an inmate from working when the inmate has been duly convicted of a crime.”

“It is our Christian faith that motivates us to support Amendment 3, believing that slavery and involuntary servitude have no place in our state,” the three Episcopal bishops said, citing the promise in their baptismal vows to “seek and serve Christ in all persons” and to “strive for justice and peace among all people, and respect the dignity of every human being.”

The Episcopal Church endorsed a parallel effort at the federal level in a resolution passed in 2018 by the 79th General Convention. The resolution called for the church to work toward removing the “loophole language” from the 13th Amendment so that slavery would be outlawed “without exception.”

The church’s work on this issue has been led by its Washington, D.C.-based Office of Government Relations. “While the 13th Amendment of the Constitution is understood to have ended the institution of slavery in 1865, the language of the amendment itself does not categorically abolish slavery,” the office said last year in an action alert, urging Episcopalians to make the case to their members of Congress to pass the pending legislation that would advance a constitutional amendment.