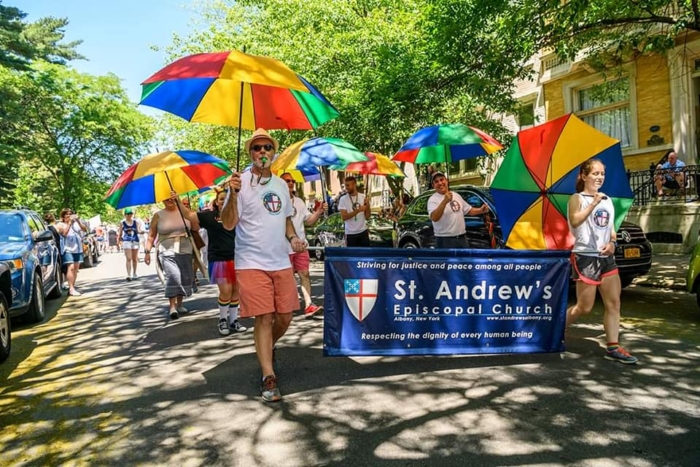 [Episcopal News Service] The Diocese of Albany, in response to split votes on issues of human sexuality at its June convention, is creating a Task Force on Communion Across Difference to navigate the sharp theological divisions that persist among diocesan leaders, who will need to find common ground when they eventually turn their focus to finding a new diocesan bishop.

The June votes left the northern New York diocese with no clear or unified path forward. A slim overall majority of convention delegates supported eliminating canonical language that conflicts with Episcopal Church Canons on LGBTQ+ inclusion, but those measures failed to pass in the clergy order.

The Albany Standing Committee responded by encouraging Episcopalians representing a range of theological beliefs to apply to join the new task force. A “large pool of names” was submitted by the deadline, the standing committee said in a written summary of its Sept. 19 meeting.  The task force will be made up of 14 members and be led by Assisting Bishop Michael Smith and Bishop Carol Gallagher, who serves as a regional canon in the Diocese of Massachusetts. For the past year, Gallagher also has provided pastoral support to the Diocese of Albany.

The standing committee plans to announce the task force’s full roster soon. The goal is for Episcopalians there to find common ground while “recognizing our wide differences in belief, experience, and culture,” the standing committee said in its Sept. 19 message. “A significant part of the task force’s time and effort, especially at first, will thus be devoted to laying a necessary foundation of trust and building community.”

The Diocese of Albany is based in New York’s capital city and includes more than 100 congregations, most of them serving less-populated communities from the Canadian border to the northern Catskill Mountains. It has long been known as one of the most conservative dioceses in The Episcopal Church, though that reputation belies a diversity of views among its clergy and lay leaders, from those who affirm traditional church teachings on marriage as being between a man and a woman to those who argue the diocese needs to lift barriers to full LGBTQ+ inclusion.

In 2018, then-Albany Bishop William Love steered the diocese into a canonical crisis when he refused to abide by the 79th General Convention’s Resolution B012, which sought to extend availability of marriage rites for same-sex couples to all Episcopal dioceses where marriage equality is civil law, regardless of diocesan bishops’ views.

Love faced disciplinary charges accusing him of canonical violations for his refusal to “conform to the doctrine, discipline and worship of The Episcopal Church.” After a June 2020 hearing, the disciplinary panel ruled against Love, and he agreed to resign as bishop on Feb. 1, 2021. Two months later, Love left The Episcopal Church to join the conservative Anglican Church in North America.

During Albany’s leadership transition, the standing committee called Smith, the retired bishop of North Dakota, to serve as Albany’s assisting bishop. In North Dakota, Smith initially had opposed offering marriage rites to same-sex couples in his diocese, though he later said he would abide by the marriage equality resolution passed by the 79th General Convention in 2018.

When diocesan canons conflict with Episcopal Church Canons, the churchwide canonical law takes precedence. The 2018 resolution was seen as a compromise because, although it required dioceses to offer marriage rites to same-sex couples, it gave conservative bishops some flexibility in affirming their beliefs on the issue. Those bishops generally interpreted the resolution as allowing them to ask another bishop to provide outside pastoral support when necessary to accommodate those weddings.

Central Florida, Dallas and Tennessee are among the dioceses that worked out such arrangements with neighboring bishops to begin offering weddings to same-sex couples.

At Albany’s diocesan convention in October 2021, which was held online because of the pandemic, a group of progressive clergy and lay leaders proposed two resolutions seeking to change diocesan canons to conform with Episcopal Church Canons. One resolution would have eliminated the diocese’s ordination requirement that clergy either be married to a heterosexual partner or celibate. The other resolution would have repealed a canon specifying marriage as between “one man and one woman.”

Those canons are “a blot on the diocese,” the Rev. Glen Michaels, a priest in the diocese, said this week in an interview with the Episcopal News Service. Michaels, who serves as the part-time priest-in-charge of the Adirondack Mission, was the clergy sponsor of the two resolutions.

The LGBTQ+ restrictions in diocesan canons are unenforceable, Michaels said, because they run counter to the more-inclusive Episcopal Church Canons, which take precedence. Left on the books, the diocesan canons “serve only to create discord rather than helping us to work together.”

The two resolutions, however, didn’t make it to a vote last October, because a majority of delegates decided canonical changes couldn’t or shouldn’t be considered in an online meeting. Instead, they were deferred until the next in-person convention, in June. 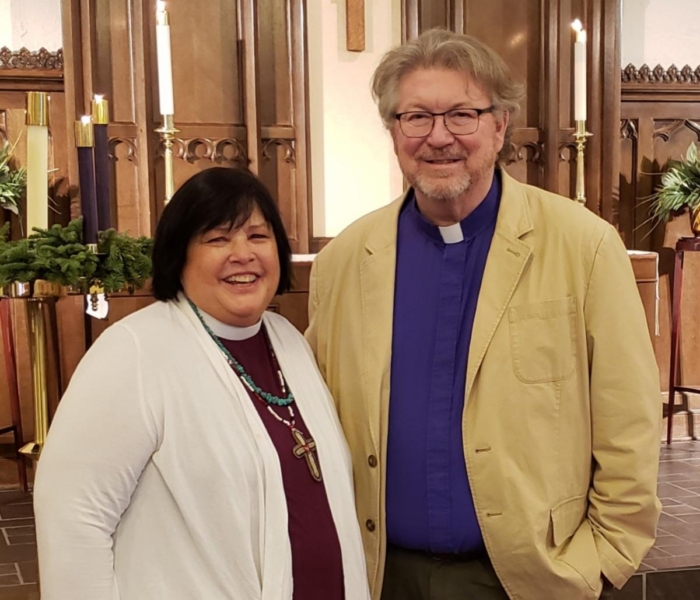 In the meantime, with Love gone, the diocese moved toward complying with General Convention’s 2018 resolution on marriage equality. The standing committee announced in December 2021 that Gallagher had agreed to offer pastoral support as needed, for clergy interested in officiating at weddings of same-sex couples.

Smith welcomed the arrangement. “While Carol and I differ on our theological views about whether Christian marriage is between two persons or between a man and a woman, we have been friends and colleagues for many years and have been able to focus on that which unites us rather than divides,” Smith said in the diocesan announcement. Gallagher previously served with Smith in North Dakota, where she was assisting bishop for six years.

The Diocese of Albany said at the time that three priests had inquired about offering the rites to same-sex couples. Michaels, who was one of those three priests, told ENS that he remains open to officiating but is not aware of any same-sex weddings being celebrated yet in the diocese.

Tensions over sexuality flared again in June, however, when the two resolutions seeking canonical changes finally were voted on at the diocesan convention. Both measures failed, but the votes in the clergy and lay orders produced a split result. A majority of lay delegates representing churches in the diocese voted in favor of both changes. A majority of clergy were opposed, though more than 40% of clergy delegates supported the changes.

The June convention “brought home the depth and extent of polarization within the Body of Christ in the Diocese of Albany that has existed for many years,” the standing committee said in August when it announced it was forming the Task Force on Communion Across Difference. Beyond the specific issues addressed at convention, the diocese also is struggling with “different concepts of the structure and polity of the Episcopal Church, different hopes and aspirations for the church, and different understandings of Holy Scripture.”

“While this may feel like new territory for all of us, it also can be seen as the painful legacy of a lack of communication, learning, and trust related to aspects of our life together that are essential to our flourishing as the Body of Christ and to the healing and reconciliation we seek with our brothers and sisters in Christ. It is complicated by the fact we have no diocesan bishop, and by our experience of the COVID crisis over the past two years.”

The diocese is modeling the task force after a similar churchwide task force that was formed after the 79th General Convention in response to lingering differences about LGBTQ+ inclusion. It will “create a safe environment in which differing views can be expressed and heard” while considering “what this mutual flourishing might look like in practice,” the standing committee said.

Smith declined to comment on the task force for this story, explaining through a diocesan official that he had nothing more to add at this point to what the standing committee already has communicated.

The standing committee, in its Sept. 19 message, asked for prayers of support. “There is reason for hope that the Holy Spirit will use the task force as a means of grace, healing, repentance, and guidance; still, it will not be easy work,” the standing committee said.

Michaels also is hopeful. He applied to serve on the task force and thinks its formation reflects a spirit of greater openness across the diocese since Love resigned.

“Now there’s a freedom to speak one’s peace, to find ways to work together,” he told ENS. “I certainly hope that the diocese is serious about having a genuinely representative group on each side [on the task force]. If that’s the case, I think we’re going to be very pleased that this dialogue that should have happened 10, 20 years ago in this diocese is finally happening.”