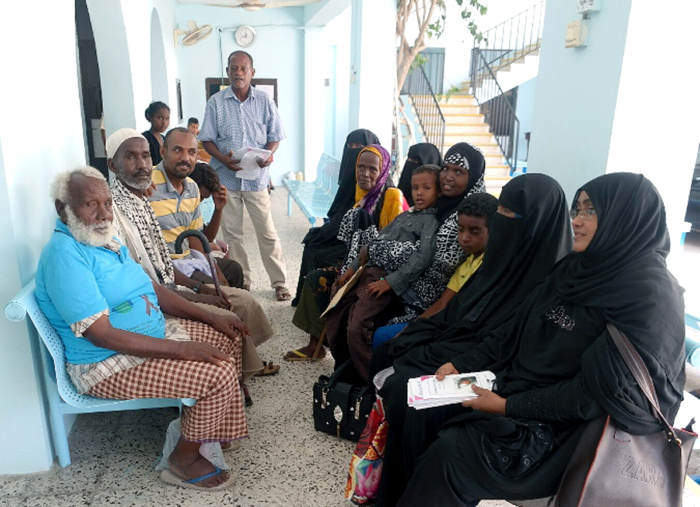 Patients wait outside the entrance of Ras Morbat Eye Clinic in Aden, Yemen. Photo: Diocese of Cyprus and the Gulf

[Episcopal News Service] An eye clinic in Yemen that not only cares for the vision needs of residents, no matter their ability to pay, but also serves as a bridge between the Anglican diocese that runs it and the Muslim region it serves, soon will be able to expand its reach with help from The Episcopal Church.

The Ras Morbat clinic is located on the grounds of Christ Church in the port city of Aden and is a ministry of the Diocese of Cyprus and the Gulf. Funds from parishes and individuals cover most of the operational costs, including the salaries of two Muslim women ophthalmologists. With $90,900 from The Episcopal Church, however, the clinic can afford to hire a third ophthalmologist, who also will serve as the clinic’s medical director, for the next three years.

“Ras Morbat is the diocesan outreach mission,” the Rev. Bill Schwartz, a retired archdeacon of the diocese, told Episcopal News Service. “And it’s not just about bringing sight to the blind. It’s bridge-building, which we’ve been doing now for 30 years.” Because of the clinic’s care for the people of the region, he said, Yemenis see that what the church is doing “is a force for good for their people.” Schwartz said the new ophthalmologist will be a Christian, which the local Yemenis welcome and respect. 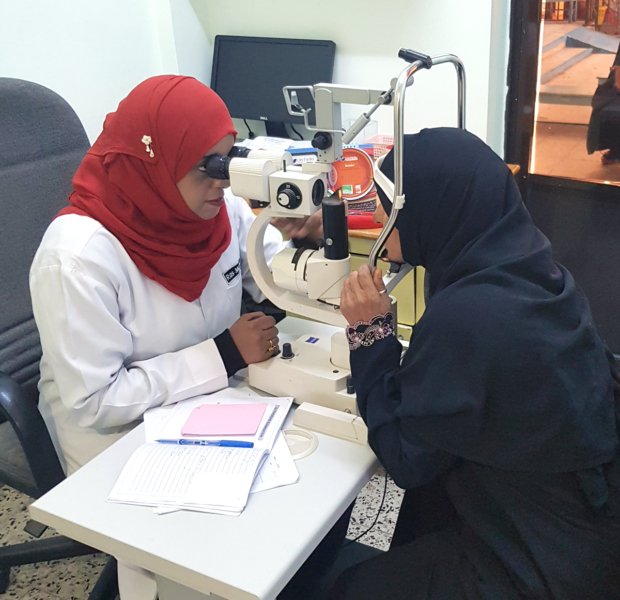 One of the Ras Morbat Eye Clinic’s ophthalmologists checks the eyes of a patient. The clinic provides eye care services to all who need them regardless of their ability to pay. Photo: Diocese of Cyprus and the Gulf

The clinic, which opened in 1996 and has specialized in eye care since 2002, provides services ranging from eye exams and eyeglass prescriptions to cataract surgery to anyone in need.

It was through Resolution B002, introduced to the 80th General Convention by retired Bishop James Magness, that Episcopalians are supporting the clinic.

Magness became involved in the work of the Diocese of Cyprus and the Gulf in 2017 after he retired as the church’s bishop suffragan for armed forces and federal ministries. He has long advocated for peace in the Holy Land and has led many pilgrimages there. It was because of his interest in the region that he was invited to learn more about the diocese’s work in Yemen. Previously, Magness had proposed a resolution to the 79th General Convention in 2018 that called on the church to take action to stop the spread of arms in the region and to work with the diocese on long-term development.

Civil war broke out in Yemen in 2014, killing an estimated 244,000 people, forcing at least 4 million to flee their homes and creating the world’s worst humanitarian crisis, according to the United Nations. While a cease-fire between warring factions is now in place, a majority of Yemenis still lack sufficient food and rely on international aid for survival.

Ras Morbat exemplifies a ministry of presence in a war-torn region, which sets it apart from other area institutions, said the Rev. Paul Feheley, The Episcopal Church’s Middle East partnership officer. “It is a loving witness to living out what Christ commanded us in the Gospel,” he said.

The Anglican Diocese of Cyprus and the Gulf, which has 25 churches in eight countries in the region, is part of the Anglican Province of Jerusalem and the Middle East. The clinic’s location on Christ Church’s compound “symbolizes our Anglican commitment to the loving service of all, irrespective of status or religion,” Archbishop Michael Lewis, who has served as diocesan bishop since 2007 and became the province’s primate in 2019, said in a message on its website. 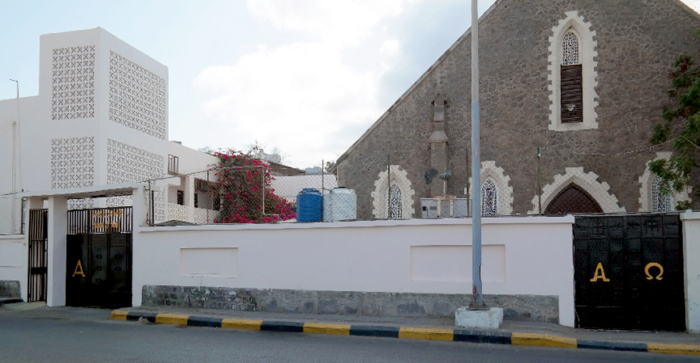 Local residents hold the clinic in high regard and have protected it, notably when fighting reached Aden in 2015, said the Ven. Christopher Futcher, the diocese’s archdeacon based in Cyprus.

“People are very aware that this is a Christian contribution for local people. During a period of the civil war, it was local people who prevented the church compound from being vandalized, when a number of other Christian sites were seriously damaged.”

While the clinic was closed for only two months during the height of the fighting, members of the church’s congregation, mostly English-speaking expatriates, left Yemen, and the diocese removed clergy from the church for their safety. Now, however, the diocese is planning soon to appoint a new priest for Christ Church, Futcher said, allowing worship services to resume there. Feheley said The Episcopal Church will provide some funding for that as well.

Magness and others advocating in support of the work of the Diocese of Cyprus and the Gulf are exploring ways for more people to be involved with the ministries there, he said. In the meantime, it’s important for Episcopalians to remember that the people of Yemen exist and need help.