[Episcopal News Service] The Washington National Cathedral service began with the posting of American and British flags in the sanctuary. The bourdon bell tolled during the opening procession. 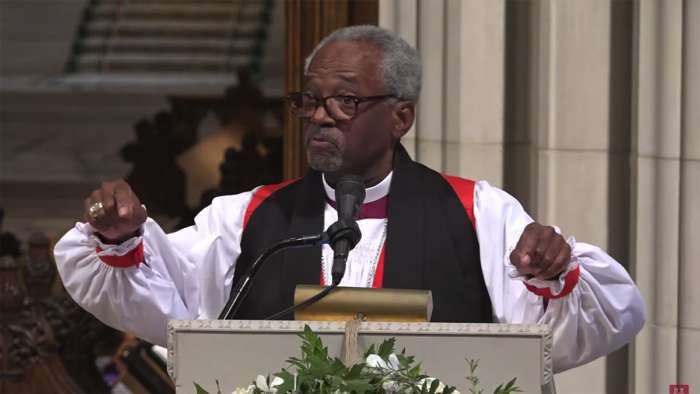 The British ambassador to the United States was among the dignitaries who joined in the memorial service for the late queen hosted Sept. 21 by Washington National Cathedral in the U.S. capital. Over 3,000 viewers livestreamed all or part of the of the cathedral’s invitation-only “service of thanksgiving” for the life of Elizabeth, who died Sept. 8 at age 96 after 70 years on the British throne.

Vice President Kamala Harris was among the U.S. elected officials attending the service. Washington Bishop Mariann Budde presided. The service was held two days after the queen’s state funeral in England, and it followed numerous other Episcopal tributes over the past two weeks.

“We offer our heartfelt condolences and prayers,” Dean Randy Hollerith said in his welcome. “Over the span of her remarkable life, her majesty visited this cathedral four times, once as princess and three times as monarch. We feel her continued presence here with us even today.” 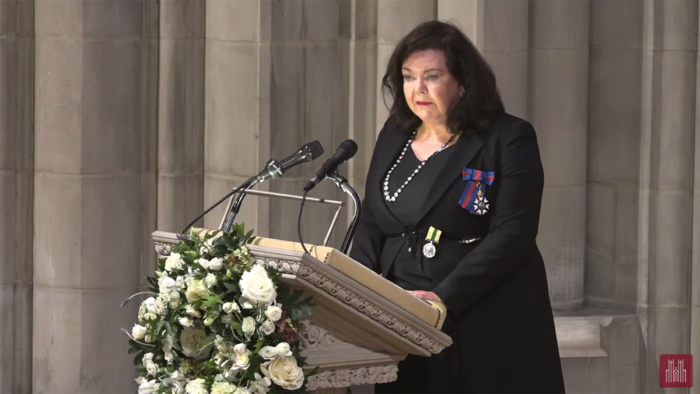 “She well understood the affinity between the U.S. and the U.K., stressing not just our common heritage and kinship but our common values,” Pierce said. “We have been humbled and we have been honored by the immense number of tributes” in the United States.

As monarch, Elizabeth served as supreme governor of the Church of England. The monarchy also plays a role in the Church of Scotland, though it is not directly tied to the Anglican Communion’s other 40 independent provinces, including The Episcopal Church. Even so, Episcopal leaders across the church have offered their tributes and organized services in the queen’s honor.

“Her majesty in 1953, the year I was born, vowed that she would dedicate her life to the service of her people and indeed to humanity,” Curry said. “And do you know what? She kept her word. She kept her word.”

– David Paulsen is an editor and reporter for Episcopal News Service. He can be reached at dpaulsen@episcopalchurch.org