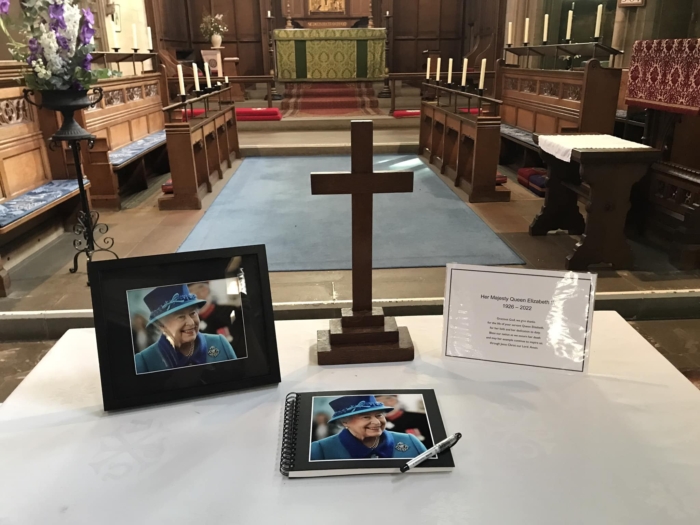 [Church of England] Parish churches, cathedrals and chapels across the country have been open for prayer and reflection following Queen Elizabeth II’s death.

More than 5,000 messages from the United Kingdom and across the world had been entered on the Church of England’s online book of condolence by the morning of Sept. 9. Local books of condolence are also being opened in cathedrals and churches until Her Late Majesty’s funeral, for people to sign in person. There is also a Buckingham Palace national book of condolence.

More than 22,000 downloads – more than 1,000 an hour – had been made on the church finder website A Church Near You by this morning to access resources such as hymns and images for services and vigils.

More than 200 services of reflection and commemoration for the Queen in local communities had been listed on the website so far and many more are expected to be included in the coming days.

Speaking earlier on Sept. 9, Archbishop of Canterbury Justin Welby said: “The church gives a place, and literally a physical space, in our extraordinary parish churches and cathedrals around the land, in which people can find that they can express their sorrow and find hope and abundant life.”

Resources for churches including orders of service, prayers and hymns are being shared with parishes through dioceses.

These also contain advice and guidance on activities such as bell ringing and flying flags during the period of national mourning.