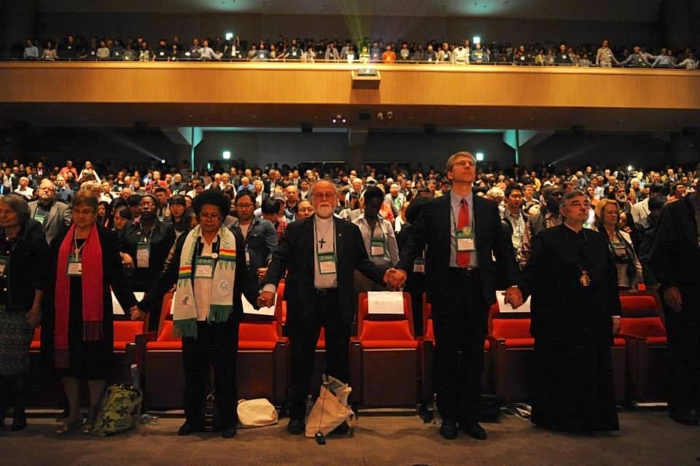 [Episcopal News Service] Next week, when the World Council of Churches hosts its 11th Assembly, described as “the most diverse Christian gathering of its size in the world,” delegates from The Episcopal Church will be there to represent the church, including newly elected House of Deputies President Julia Ayala Harris.

Ayala Harris, who was elected at General Convention in July, told Episcopal News Service she is “honored and thrilled” to be representing The Episcopal Church on an international and ecumenical stage for the first time and expects that the experience will shape her understanding of leadership in the church.

The Assembly, she said, is “a great opportunity to learn more from other denominations and churches in diverse contexts on the variety of ways that they bring the Good News of Jesus Christ to their people.” 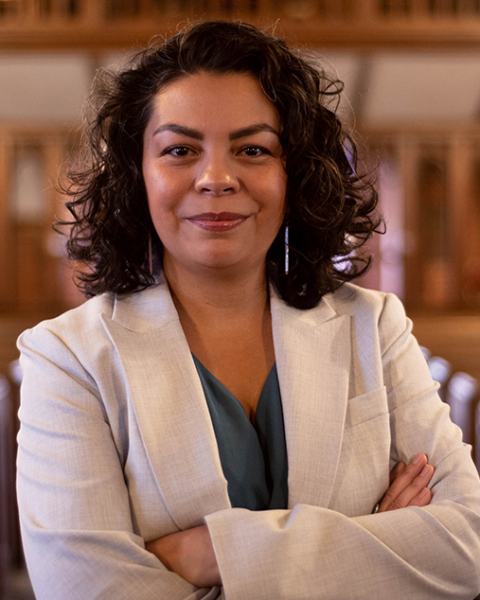 The WCC describes itself as “the broadest and most inclusive among the many organized expressions of the modern ecumenical movement, a movement whose goal is Christian unity.” It has 352 Protestant and Orthodox member churches from over 120 countries; the Roman Catholic Church is not a member but sends delegates to meetings as observers and participates in a joint working group.

The Assembly, held about once every eight years, brings together representatives from all member churches for prayer, plenary sessions, workshops and group reflection. It will meet from Aug. 31 to Sept. 8 in Karlsruhe, Germany, with over 4,000 participants expected. This Assembly’s theme is “Christ’s love moves the world to reconciliation and unity.”

At that meeting, there was “lots of good discussion not only with other denominations, but also with many Anglicans from around the world,” Rose told ENS, adding that it was “a great way to engage in common work that doesn’t trip us up on those things where we disagree.”

Like the Lambeth Conference, the Assembly has shifted away from voting on resolutions and toward making statements and decisions by consensus.

Rose said she expects discussion on how religious leaders can work for peace in the context of the war in Ukraine and the hostile division in Korea (a topic central to the previous Assembly). Truth and reconciliation will also feature prominently, she said.

This is the first Assembly meeting where The Episcopal Church, the Evangelical Lutheran Church in America and their Canadian counterparts will attend as churches in full communion with each other, with the agreements finalized at General Convention in July. The four churches’ partnership, Churches Beyond Borders, has been working on education about the Doctrine of Discovery, the theological concept that justified the oppression of Indigenous peoples, and churches’ role in perpetuating it. Rose said Churches Beyond Borders will sponsor a workshop at the Assembly on how the four churches are working toward healing from the legacy of the Doctrine of Discovery in North America.

“I am proud of the work that we in The Episcopal Church have been doing around racial justice, creation care, evangelism, as well as listening to the voices of women, Indigenous peoples, and those who identify as LBTQAI2S+,” Ayala Harris told ENS. “The World Council of Churches has just begun some of this work and I am looking forward to our mutual sharing of our experiences doing this holy work. I also hope to discuss how we can grow together as an ecumenical movement to bring healing, blessing and wholeness to our hurting world.”