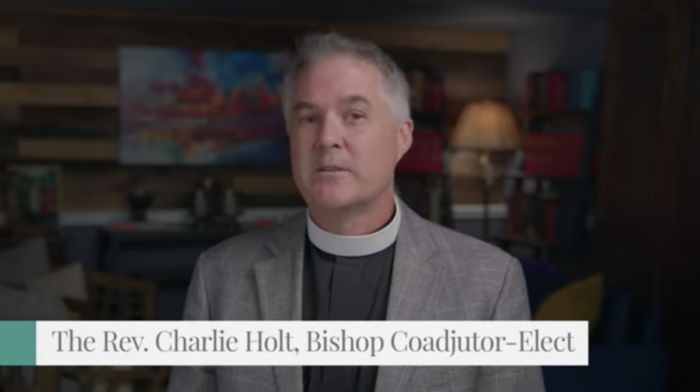 [Episcopal News Service] The Rev. Charlie Holt, whose election as bishop coadjutor in the Diocese of Floria was called into question amid objections to the election process, has withdrawn his acceptance of the result, presumably paving the way for the diocese to pursue a new vote.

Holt’s decision was announced Aug. 19 by the Florida Standing Committee. “We have been in contact with Bishop [John] Howard and have also engaged in discussions with the Office of the Presiding Bishop to determine the best path forward,” the Standing Committee said. It did not commit yet to holding a new election but said it would “find a path that brings the broadest confidence to our diocese and church.”

In response to the statements from Holt and the standing committee, The Episcopal Church’s Office of Public Affairs released a statement on Aug. 20 saying that the churchwide consent process for the May 14 election will not go forward.

Holt, in his letter, reaffirmed that “it is my hope and desire to be your next bishop.”

“If so confirmed and consecrated in good order, I will serve you with love, faithfulness, and wholeheartedness in the Holy Spirit,” he said. Withdrawing his acceptance of the election, however, was his “moral responsibility,” he said, after The Episcopal Church’s Court of Review issued a report this month concluding that the election had not been conducted appropriately. “The election process must be cured for the good of the Diocese of Florida,” Holt said.

A central concern prompting the review was whether the diocese met the required quorum of resident clergy, given that rules were changed two days before the May 14 election to allow clergy to participate remotely while lay delegates had to appear in person. Some of the delegates filed a formal objection asserting that diocesan canons do not allow for remote voting and therefore those who did vote remotely did not count toward a quorum.

The diocese referred the formal objection to Presiding Bishop Michael Curry, following a process outlined in Episcopal Church Canons. Curry forwarded it to the churchwide Court of Review, which essentially sided with the objectors. It concluded “a clergy quorum was not reached” in accordance with the diocese’s official election process. Furthermore, “the irregularities in the convention process itself cast a shadow over the legitimacy of the election,” the Court of Review said, and “the action of the diocese in changing its manner of voting two days prior to the election was fundamentally unfair to the delegates of the convention and the candidates.”

The Court of Review cannot order any action by the diocese, though its findings would be included with the request for consent to the election that is sent to all diocesan standing committees and bishops with jurisdiction. A majority of each must issue consent before a bishop-elect can be consecrated, and the Court of Review’s findings cast doubt on whether Holt’s election could receive the required consents, a step that typically is a formality.

“I humbly ask that the Standing Committee take whatever steps it may deem appropriate to cure any irregularities in my election,” Holt said in his letter. “I understand that this may include termination or suspension of the current consent process and that the bishop may choose to convene another convention to elect a bishop coadjutor for the Diocese of Florida.”

Howard had called for the election of a bishop coadjutor because of his plans to retire by fall 2023. He will reach the church’s mandatory retirement age of 72 next year. The bishop coadjutor would then be installed as the next diocesan bishop.

Holt previously served as associate rector for teaching and formation at the Episcopal Church of St. John the Divine in Houston, Texas.

While his election was under review, the Diocese of Florida welcomed Holt to the diocesan staff as a priest on Aug. 1, according to an email to members of the diocese. The diocese said Holt’s role primarily will focus on enhancing and expanding the diocese’s prison ministry; supporting local Episcopal schools; helping to plan the future of the diocese’s camp and conference center; and, supporting other programs.

In addition to the objections to the election process, some Episcopalians on social media have voiced concerns about Holt, citing his views on same-sex marriage and statements that they view as intolerant or insulting to LGBTQ+ people and Black people. Holt responded to those concerns in a June 16 video message to members of the diocese and The Episcopal Church.