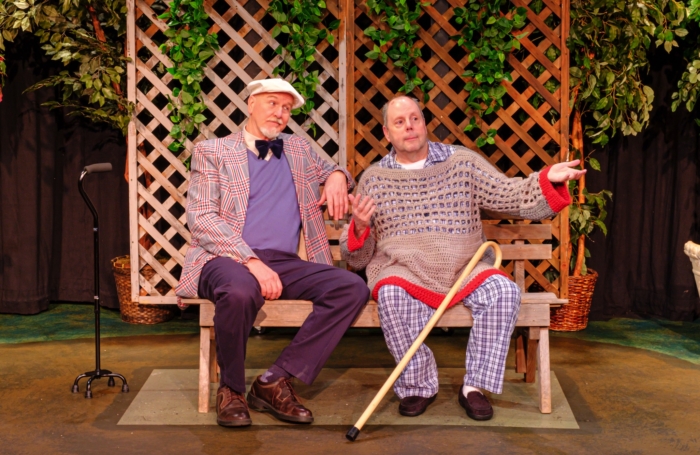 David Sweeney, right, stars with Frank Jagodnik in the 2020 Coaster Theatre production of “A Bench in the Sun.” Photo: Bob Kroll Photography

[Episcopal News Service] The Rev. David Sweeney has been an Episcopal priest for more than half his life. He’s been an actor even longer.

Sweeney is rector of Calvary Episcopal Church in Seaside, Oregon, where he has served since 1999. He also has about 60 shows under his belt as a regular performer with Coaster Theatre Playhouse in nearby Cannon Beach. His latest role is Mr. Boddy in the community theater’s production of “Clue: The Musical,” which opens Aug. 13.

“I’m not necessarily a creative writer, but I can be creative in my performing,” Sweeney told Episcopal News Service. “It’s an outlet for me. It’s a good community of people.” He also has long been drawn to acting because of “the challenge of creating a character which isn’t me, the whole process of living out that play with your fellow actors.”

Sweeney, 65, is a lifelong Episcopalian. He grew up in suburban Chicago, Illinois, and first got the acting bug while performing in middle school and high school productions in the small city of McHenry near the Wisconsin state line. “South Pacific,” “Arsenic and Old Lace” and “Fiddler on the Roof” were among the first shows on his resume.

He mostly put acting on the shelf while attending Northwestern University, where he studied speech education. After graduating, he didn’t pursue acting or education, instead following a call to ordained ministry. He attended Virginia Theological Seminary in the early 1980s, was ordained to the priesthood in 1985 and initially served in parishes in North Carolina.

While there, he began getting involved in community theater, balancing it with his parish duties. He continued to act in theater productions after he moved to Oregon to serve in churches in the early 1990s.

“The churches have been very supportive,” Sweeney said. “It does give some visibility to me in the community.” His biographies in show bills identify him as a pastor. 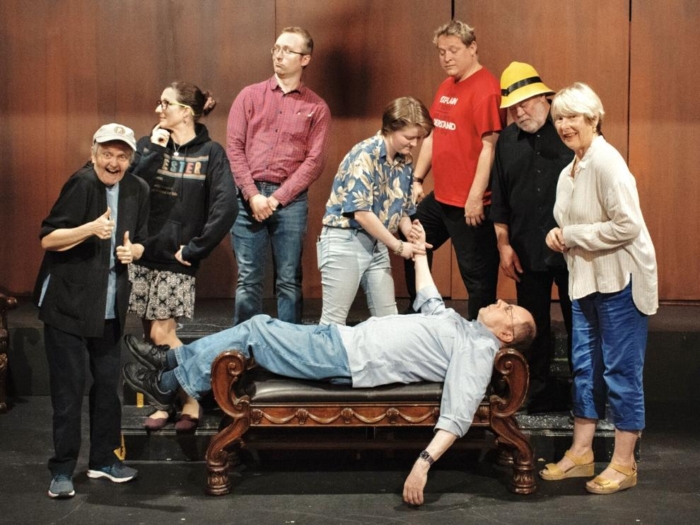 As the longtime rector of Calvary Episcopal Church, Sweeney knows worship attendance in this beach community can fluctuate with the tourist seasons. Sunday services typically draw about 30 worshippers each week. Though he mostly keeps his roles as a priest and an actor separate, he occasionally provides pastoral care for people in the theater community and presides at memorial services for actors.

Sweeney has been active in Coaster Theatre since around 2000 and now serves on its board. He said he tends to avoid auditioning for shows with rehearsals and performances that conflict with Lent. This year, after Easter, he was cast in back-to-back productions, first “Murder on the Orient Express” and now “Clue.”

“He’s a very talented actor. He’s just a natural,” Patrick Lathrop, the theater’s executive director, said in an Our Coast Magazine story about Sweeney. “He can play all sorts of different characters. He can be a gnarly, snarly character and he can be sweet as pie. He’s very good with accents and hearing the rhythms of various speech patterns. He’s a delight to work with.” 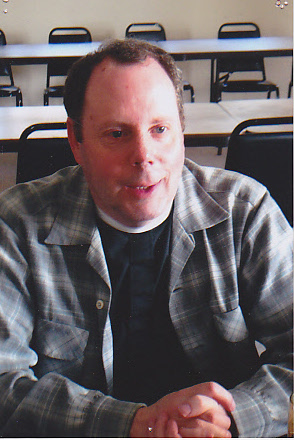 The Rev. David Sweeney has served as rector at Calvary Episcopal Church in Seaside, Oregon, since 1999. Photo: David Sweeney

Leading a worship service isn’t a performance, Sweeney said, but he sees some overlap in the skills he brings to the two roles. Some aspects of preparing a liturgy, for example, can resemble the staging of a play, such as the way acolytes need to be deployed during services. His sermons also sometimes benefit from his sense for storytelling, not because he is acting out a part but because a preacher, like an actor, needs to keep the delivery lively and engaging to hold listeners’ attention.

Sweeney’s church and theater group also faced similar impacts from COVID-19. Both were forced to suspend in-person attendance when the pandemic began in March 2020, but they have since reopened with public health precautions. Some of those precautions have been eased as coronavirus case counts have subsided, though the audience for “Clue: The Musical” is required to provide proof of vaccination.

For Sweeney, acting is more of a hobby, and he isn’t paid for his performances. He sees himself as “a priest who also does theater,” not the other way around.

He also rarely gets to play a full-throated villain, which may suggest a bit of typecasting. One exception was “Murder on the Orient Express,” in which he was cast as a murder victim who also had been a murderer. Preparing for such roles, like being a priest, can involve grappling with questions of morality and human nature.

“In essence, whoever you’re playing, even if the rest of the world sees that as a villain, that person’s not bad in their own mind,” he said. “So, in order to be true to that character, you have to see what motivates him.”

In the new production, Sweeny’s role of Mr. Boddy requires him to be dead for part of the musical, but he also comes alive to serve as a kind of master of ceremonies for the mystery, based on the Parker Brothers board game. He gives audience members clues as they try to guess who among the six suspects might be the killer.

“It’s sort of a farce,” he said – and also a musical. His own singing skills are adequate, he said, but he doesn’t think of himself as a “triple threat.”

He has served at Calvary Episcopal Church and acted at Coaster Theatre for so long that some parishioners regularly make a point of coming to see productions when he is in the cast. He appreciates their support.

Few, if any, of his roles venture into territory unbecoming of a priest. Once, however, he was cast in a more “adult” role in a production of “Enchanted April” that may have raised some eyebrows. “My character comes out just wrapped in a towel,” Sweeney explained.

Nothing truly scandalous, but “one of my older parishioners was in the audience for one show,” he said. A few weeks later, he saw her at church, and after the service, she confronted him with a silent, piercing stare.

The stare quickly turned into a grin. “Loved the show,” she told him.