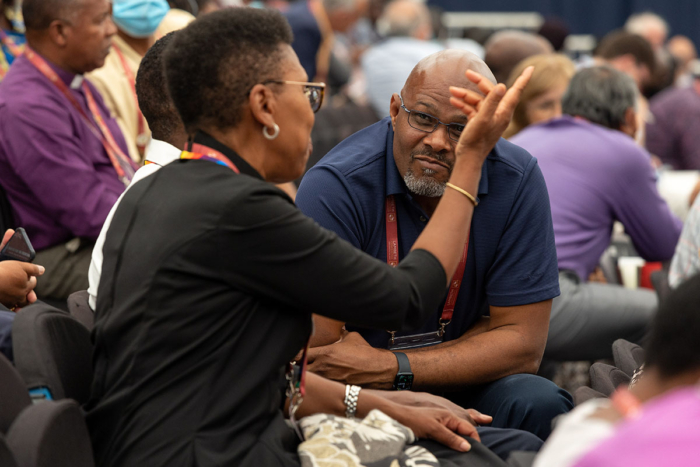 [Episcopal News Service – Canterbury, England] Efforts to promote intentional discipleship took center stage on Aug. 5 at the Lambeth Conference, as bishops from across the Anglican Communion considered ways of encouraging the Christians in their congregations to live a “Jesus-shaped life” as they grow together in their faith. 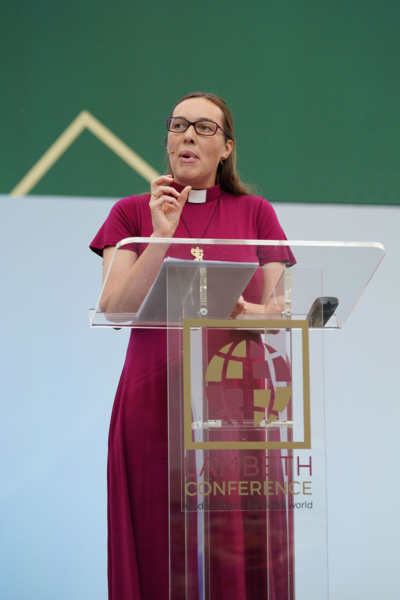 “The term disciple can be used in an all-encompassing sense to refer to everyone in church who has been baptized,” West Indies Archbishop Howard Gregory said in his presentation during the day’s plenary. But, he continued, the church is increasingly aware of the need and desire for Christians to progress beyond a passive stage of spiritual development to becoming “disciples of Christ in every sphere of life.”

The Rt. Rev. Eleanor Sanderson, assistant bishop in Wellington, New Zealand, spoke of embracing “adventures with Jesus” as she shared her experience with young people through the Anglican Youth Movement of the Anglican Church in Aotearoa, New Zealand and Polynesia. For the past 20 years, that work has involved the establishment of 40 missional “edge communities” centered around discipleship and engagement with the local community. It also has renewed the life of existing congregations that have partnered in these efforts.

“We stood together with a commitment that we would make disciple-making a priority,” Sanderson said. “We felt called by the Holy Spirit to live and to model and to nurture this way of life ourselves.”

At this Lambeth Conference, planners have issued drafts of what are known as Lambeth Calls focusing on 10 subject areas, to initiate discussion among the more than 650 bishops and to offer action items for when they return to their provinces and dioceses after the conference concludes on Aug. 8. The bishops’ Discipleship Call (page 29) says it is a call “for all Anglicans in every aspect of their lives to learn and to learn again to love and serve in the way of Christ ‘with the strength that God supplies.’”

The Anglican Consultative Council also recognized the need to encourage Anglicans to deepen their faith and strengthen their commitment to leading Christ-centered lives in 2016, when it launched the Season of Intentional Discipleship and Disciple-Making. That initiative was reaffirmed in 2019 and will continue through 2026. 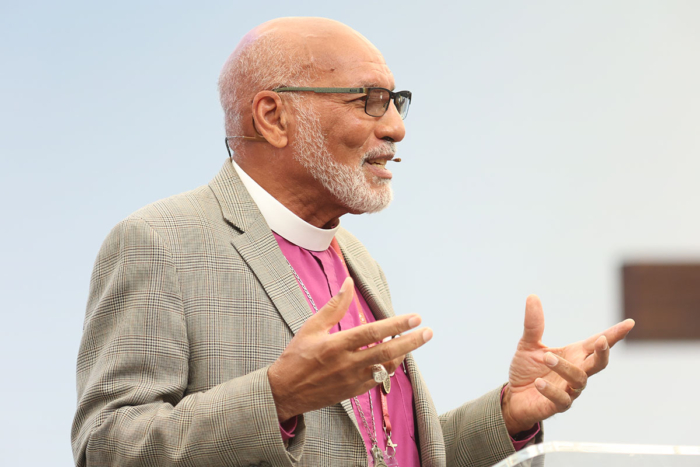 Gregory, who also serves as bishop of Jamaica and the Cayman Islands, described a related initiative in Jamaica. The diocese developed Bible study materials for use in the diocese’s 300 congregations, which generated an unprecedented response, particularly from lay members. “We have seen a significant increase in lay involvement in ministry and ministry,” Gregory said.

The Lambeth Call on Discipleship anchors itself in passages from 1 Peter, whose author called on the early Christians to “be serious and discipline yourselves for the sake of your prayers. … Like good stewards of the manifold grace of God, serve one another with whatever gift each of you has received.”

Before the Aug. 5 plenary, Archbishop of Canterbury Justin Welby, in his fifth and final Bible exposition on 1 Peter, held up the New Testament letter’s metaphor of the shepherd protecting his flock from “a roaring lion,” the devil, as also symbolic of discipleship. “There’s no option for being distracted by other matters,” Welby said.

Today, Christians practice discipleship as something like modern shepherds, alert to the evils of the world, Welby said, but he also stressed that Christian discipleship is a humble and ongoing process of mutual transformation that sometimes calls Christians to the work of the shepherd and other times to the role of the flock that needs tending.

“We are on a journey of growth into being shepherds,” he said. “We need guidance, and we need to be called to guide.”

Sanderson, in a press briefing before the plenary, said it is easy to get distracted by church-centered thinking, focusing on what it takes to grow and maintain the church. “Jesus was really clear, he would build the church,” she said. “He asked us to make disciples.”

That was one of Jesus’ central commands in the Gospel of Matthew, “Go therefore and make disciples of all nations,” as is cited by the Lambeth Call on Discipleship. 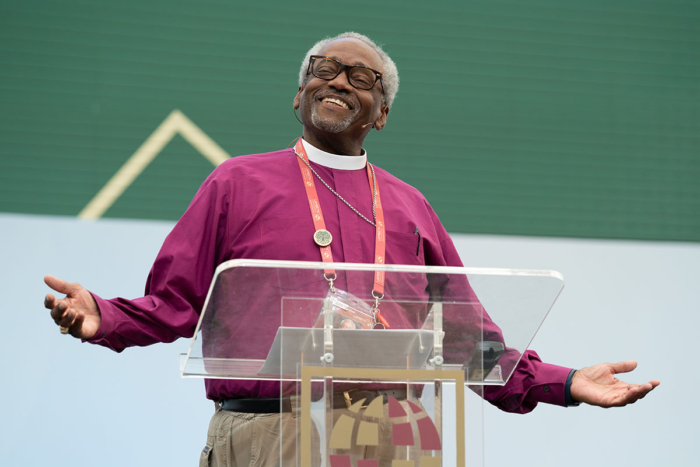 Episcopal Church Presiding Bishop Michael Curry and Archbishop Ng Moon Hing, former primate of South East Asia, co-chaired the plenary on discipleship. Curry, in the morning press briefing, drew a connection between the Anglican Communion today and the discipleship of the early Christians during the time of 1 Peter.