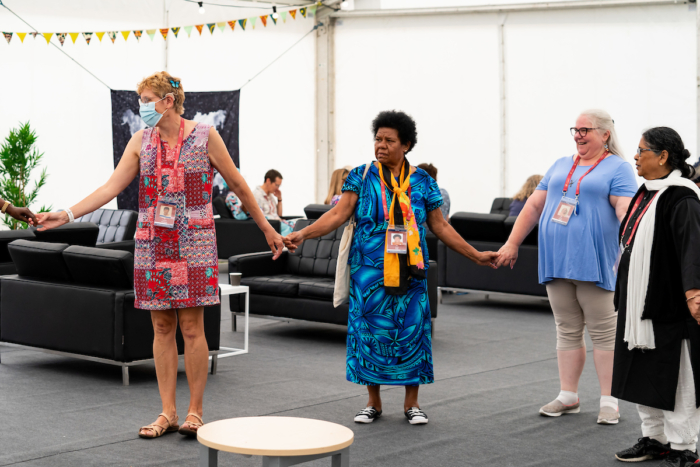 [Episcopal News Service – Canterbury, England] The inclusion of bishops’ spouses at the Lambeth Conference is a tradition going back at least as far as the 1948 conference, when bishops’ wives were housed near Lambeth Palace in London (where the conference then took place) and given their own “conclave” at a country estate outside the city.

Since then, spouses have played a more significant role at the conference. The 480 or so spouses who are officially in attendance this year are invited to most of the bishops’ events, such as the plenary sessions, Bible studies and worship services. They also have their own parallel program of events, including a spouses’ retreat held at the beginning of the conference, and ongoing seminars and how-to sessions on topics like resilience, managing dual careers and spiritual self-care. 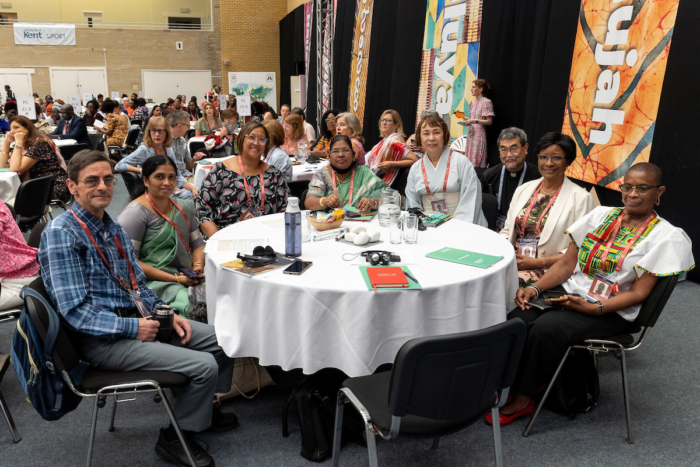 “I mean, there are a lot of things going on, and you don’t want to miss the opportunity, and so you attend every blessed thing until you decide that you’re going to have to pick and choose a little bit.”

For Bible studies and other spouse events, spouses gather in small groups, staying in the same group for the length of the conference.

“The most valuable opportunities for me have been the table groups and the Bible studies, because there’s an opportunity to be together long enough that there’s some trust development,” Haynes said. “Things that you wouldn’t talk with your colleagues about on day one, you might perhaps be willing to on day three.”

Given the makeup of the Anglican Communion and the 165 countries represented, each group contains people from vastly different regions. Sheila Andrus, wife of California Bishop Marc Andrus, said the spouses in her group come from England, Ghana, India, Malawi, Scotland and the U.S. Fellow group members have shared harrowing stories of the challenges they’ve experienced, from the oxygen shortage during India’s COVID-19 spike in 2021 to an attack on a bishop’s life. 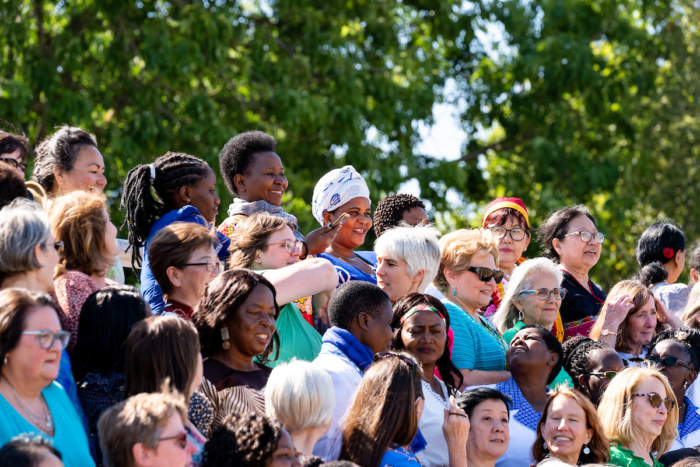 “It’s always enlightening to hear people from different experiences,” said Mark Retherford, husband of Colorado Bishop Kym Lucas. “It has been a tremendous blessing to be in community with spouses from all over the world, because you find out how much you have in common despite all those differences you thought you had.”

“That’s not true of all the bishops, but it is true of a big chunk,” he said. “So, definitely, we have bonded over that … and there’s others in far worse situations than hers. I have definitely bonded with other spouses that deal with that fear.

“We all deal with open public criticism – that’s always prevalent. It’s easy to use your bishop as a straw figure or a whipping post. I think that bond crosses to everybody.”

There has also been plenty of bonding around the idea of a bishop’s spouse being something of its own vocation, said Andrus.

“From the context of The Episcopal Church, no one expects a spouse to walk side by side with their husband and [their] ministry in the way that is true in other parts of the communion. But people are serving in their own ways, and one of the ways they serve is just loving and supporting your spouse.”

Q&A: Bishop Mary Glasspool and spouse Becki Sander share what it’s like as a same-sex couple at Lambeth

The spouses’ program is more notable this year because of who isn’t part of it: same-sex spouses of LGBTQ+ bishops, at least four of whom are in Canterbury. Though they aren’t invited to the official spouses’ program, they are participating in some ways, especially with the other Episcopal bishops’ spouses. The heterosexual Episcopal spouses have had informal gatherings with the same-sex spouses, but because of their “observer” status they are still excluded from Bible studies and small group gatherings.

“I have to say it: We miss some of our spouses who were systemically excluded,” Retherford said. “And we’re used to hearing their voices and know how they could have enriched this and made it an even more beautiful experience. And those voices are absent. We miss that.”

The disputes over same-sex marriage that have loomed large over the conference are not as present in the spouses’ small groups. Differences in opinion have certainly emerged, spouses said, but they have usually been brief.

“The topic has come up in our group,” Haynes said, “and we respectfully listened to the observations that someone felt compelled to make and then, I think, mutually agreed that we would stay away from that topic within our group. We would try to stick to the outline of the Bible study and avoid the issues of homosexuality and marriage.” 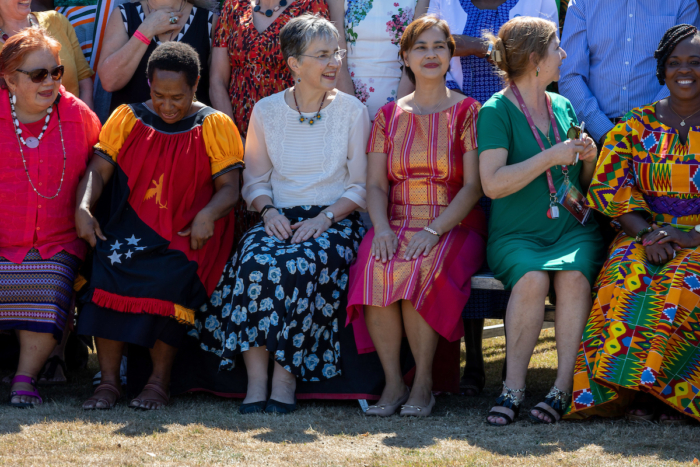 Haynes said spouses recognized that there were strong feelings on the topic all around and people’s minds were unlikely to be changed.

“It’s like talking politics during an election cycle in the United States. What benefit is there in yelling at each other? It doesn’t really seem to accomplish anything.”

Holding up his rainbow lanyard, Haynes told ENS, “I don’t make any secret of my stand … But I don’t feel a need to argue with other people. I prefer to hold that in a sort of creative tension.”

Andrus said that after how the bishops and Archbishop of Canterbury Justin Welby addressed the Call on Human Dignity – with its references to same-sex marriage – on Aug. 2, “we’re in a good place.”

“I think that what happened [on Aug. 2] was the right thing,” she said. “The archbishop seemed very clear in saying, through a very clear discernment process, some provinces have come out in a different place than others and … we’re going to walk this road together.

“I’m just grateful that he recognized that, while I also am absolutely going to stand with our spouses who have been excluded.”

Retherford and Haynes, whose spouses were consecrated in 2019 and early 2020, respectively, said being here was particularly important for them because their time as clergy spouses has been mostly during the pandemic, which limited their opportunity to meet other spouses in person.

“I have found it more valuable to be physically in community here than I would have imagined,” Haynes said. “And I’m sorry that we didn’t have that opportunity at General Convention.”

Haynes and Retherford said they’ve enjoyed bonding with the other Episcopal spouses, who stay in touch through a WhatsApp messaging group; the bishops have their own parallel group. But, as conference planners intended, the bonds have stretched beyond provinces. Haynes said his group is exchanging email addresses so they can stay in touch after the conference.

“Overall,” Andrus said, “it’s really been a time of learning for me, and appreciation, and new friendships.”