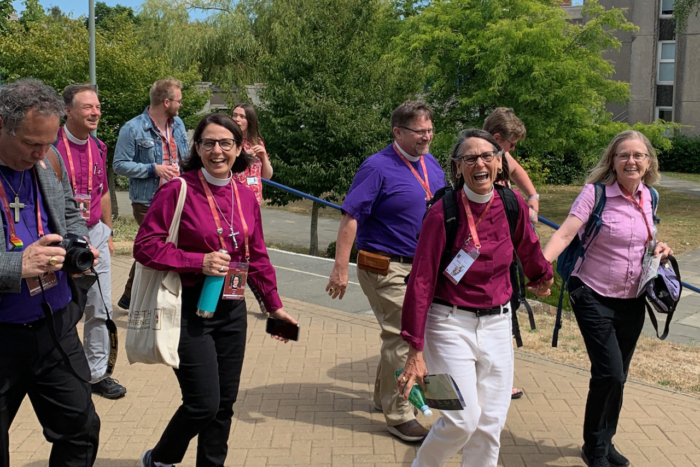 Bishops and spouses march across the campus of the University of Kent in Canterbury, England, on July 27, 2022, during the Lambeth Conference. Photo: Egan Millard/Episcopal News Service

[Episcopal News Service – Canterbury, England] Over a dozen Episcopal bishops joined a march across the campus of the University of Kent, site of the Lambeth Conference, on July 27 to show support for LGBTQ+ inclusion as the topic once again looms large over the once-a-decade gathering of bishops from across the Anglican Communion, underway here through Aug. 8.

The raucous sound of whistles and drums accompanied the procession throughout the campus, punctuated by cheers from onlookers. The bishops’ purple shirts barely stood out among the stream of rainbow flags and stickers, signs, trans pride flags and colorful outfits. Some bishops marched with their same-sex spouses, who were not invited to participate fully in the conference as bishops’ opposite-sex spouses are but who are invited to attend some events as observers. 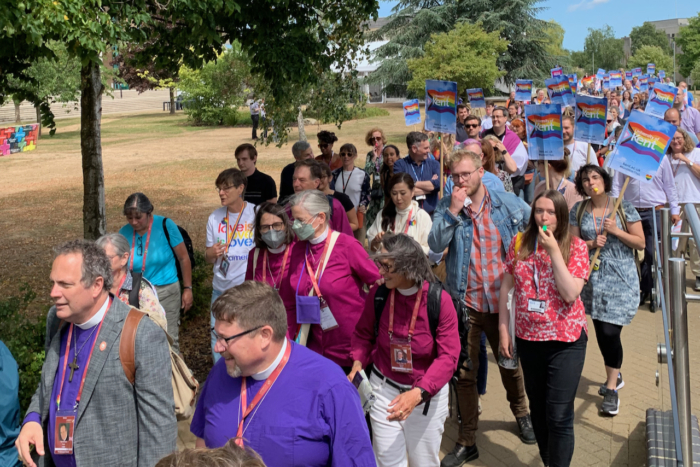 The march on the conference’s first official day was organized by the university’s LGBT+ Staff Network and brought together over 100 university students and staff, clergy and their spouses, local residents and other supporters. It had been planned months in advance as part of the university’s parallel programming during the conference, which it is hosting despite its objections to how the conference is handling LGBTQ+ issues. 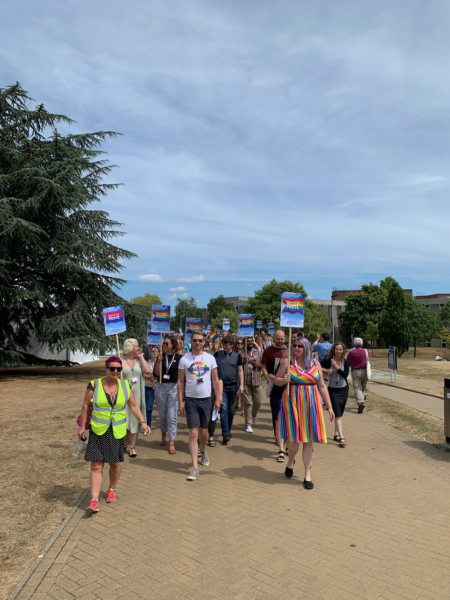 “We warmly welcome the gathering of voices from diverse backgrounds, cultures, and outlooks to the Lambeth Conference and, as a University, we intend to learn from and, where appropriate, add our voice to the discussion of the vital questions under discussion,” university administrators wrote in June.

“Alongside this we are clear that the position of the worldwide Anglican Communion on the place of LGBT+ people within the Church and wider society does not fit with our deeply held values of equality, inclusion, tolerance, and mutual respect. We say that openly and unambiguously.”

Some 650 bishops and their spouses from 42 Anglican provinces and 165 countries are gathered in Canterbury for the conference. It does not have legislative authority, but is intended, through common study of world issues and matters impacting the Christian faith – as well as fellowship and worship – to shape the life of the communion in the coming decade. This is the 15th such gathering held in 155 years. 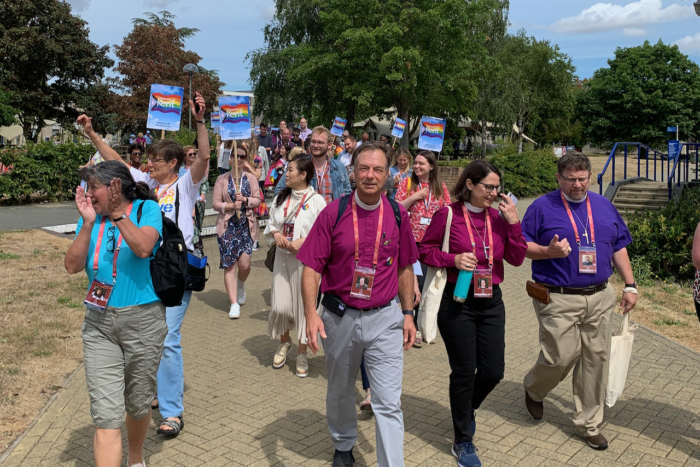 Views on same-sex marriage vary widely throughout the communion, with The Episcopal Church leading the way toward full marriage equality and full inclusion of LGBTQ+ people.

The university pledged to hold events that responded to and engaged with the debate over LGBTQ+ inclusion in Anglican churches. The march kicked off a day-long “Rainbows in Religion” symposium that included presentations and panel discussions on the topic. 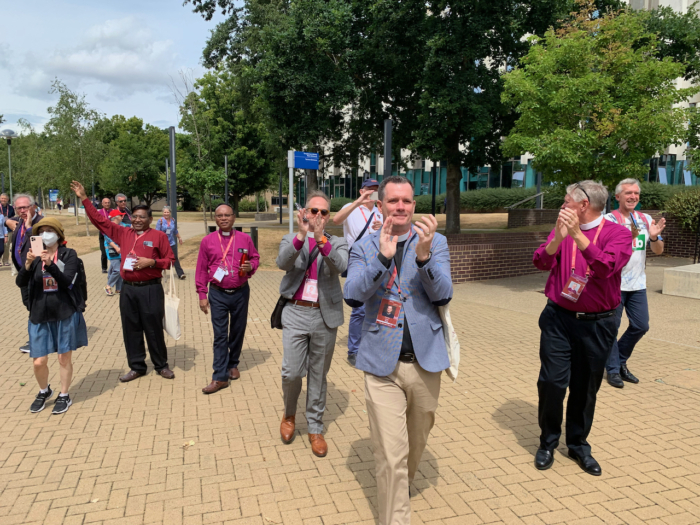 Though the march’s organizers had singled out Archbishop of Canterbury Justin Welby’s decision not to invite the same-sex spouses as the main motivation for the march, it took on added significance after a statement saying the Anglican Communion “as a whole” rejects same-sex marriage was added to one of the draft documents – “Lambeth calls” – that bishops will vote on. The language was altered on July 26 to eliminate the most divisive language and to reflect the lack of consensus on the issue across the communion.

Among the marchers from The Episcopal Church were New York Assistant Bishop Mary Glasspool, the first openly lesbian bishop in the Anglican Communion, and several other bishops whose spouses were not invited. At the end of the march, one of the university organizers addressed them specifically, telling them, “You are welcome here” as the crowd applauded. 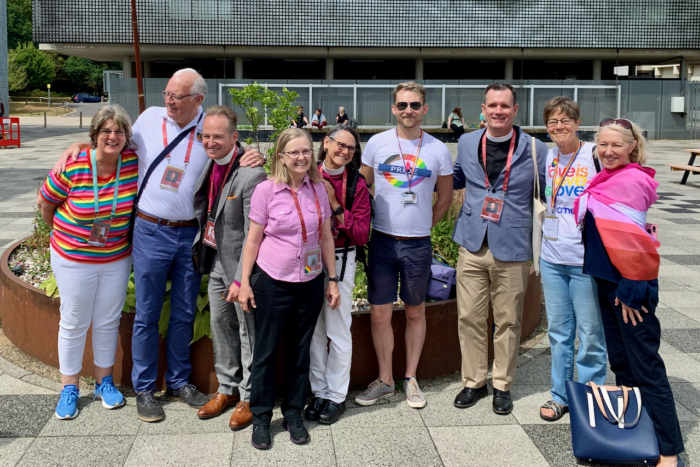 “It’s delightful to be here – it’s just like a wave of love,” Mousin added. “It’s wonderful that we’ve received it.”